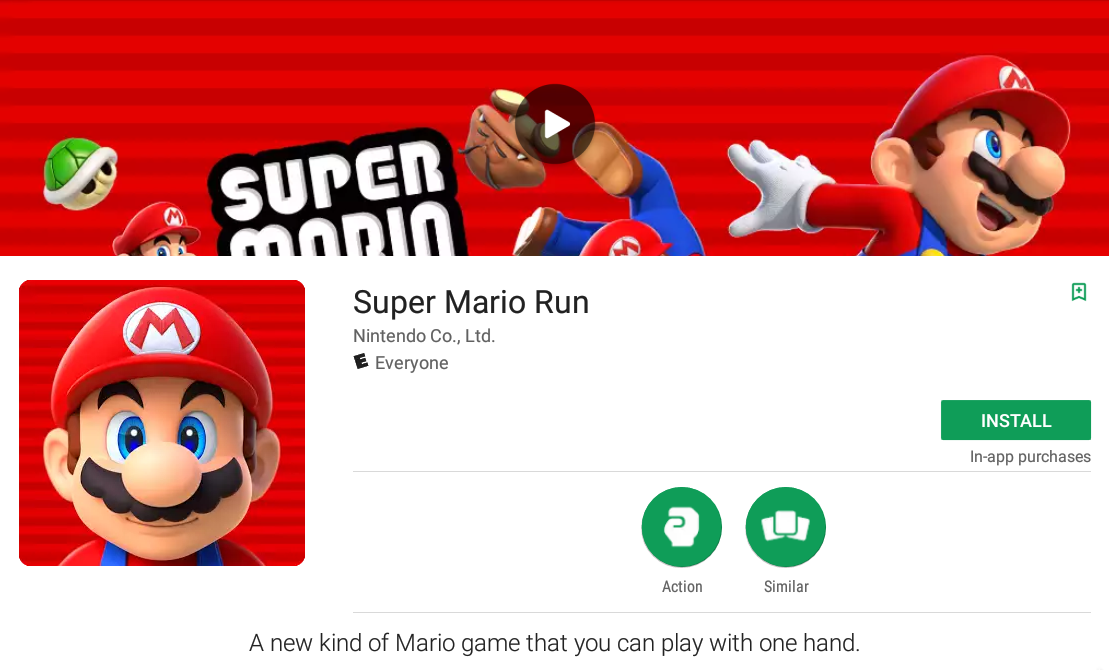 Months after Apple users were blessed with Nintendo’s latest money-making mobile game, Super Mario Run has finally landed on Android. Much like the iOS version, the game is a free download, but if you want to play more than the first three levels, you’ll need to pay $10.

The launch is a little earlier than expected. Last week, Nintendo said that Super Mario Run would be available on the Google Play Store on March 23rd, which is tomorrow. Maybe the early release is a way to distract attention from the Switch console’s Joy-Con issues, or maybe it’s a mistake. Either way, we’ll take it.

This release also officially means version 2.0 is here. The iPhone app is still stuck on v1.1.2, so we’ll be looking through the Android app to see what changes have been made.

The description on the Google Play Store says that Super Mario Run is “the kind of Mario game you can play with one hand,” which is somewhat unfortunate. But don’t let that deter you: in our review of the iOS version, we said that “Nintendo’s first mobile Mario game is everything it needed to be — a solid platformer with surprising depth and addicting hooks that will keep players coming back.”

User opinion is a little more split, as estimates suggest that only three percent of people who downloaded the free game ended up paying for the full version. That doesn’t sound like a lot, but millions downloaded the freebie app, and getting anyone to pay for a mobile game is really an achievement.