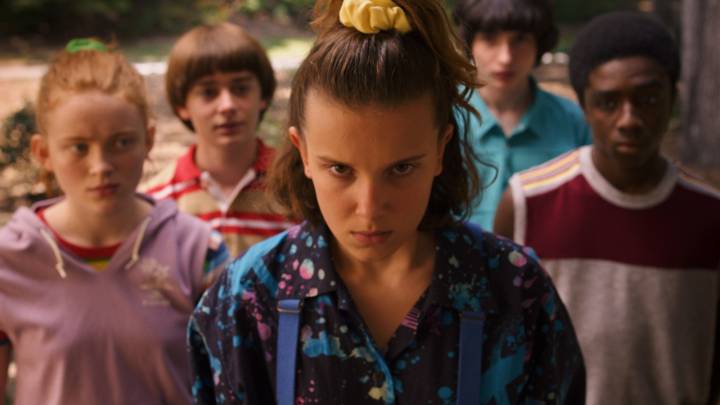 If you thought Microsoft announcing that the biggest thing about its Windows 10 fall feature release is the speed of the actual update was the strangest thing from the company this week, then you missed a tweet teasing the imminent arrival of the “all-new Windows 1.0, with MS-Dos Executive, Clock, and more.”

Yeah, we have no idea what’s going on with the tweet, but there’s a brilliant theory that connects it with one of the best things happening this week: Stranger Things season 3.

Microsoft’s probably-fake ad features a video showing the Windows 10 logo, which is downgraded through all of the previous versions of Windows until it finally arrives at Windows 1.0, which launched in 1985:

Microsoft posted the clip on Monday, and since then, people have been trying to figure out what the company was trying to say. Is it a new product? Is it an untimely April Fool’s joke?

Well, Neowin made a brilliant connection with Netflix’s Stranger Things. The third season of the retro science fiction/horror show premieres on July 4th, but it’s set in the summer of — you guessed it — 1985.

Microsoft has nothing to do with the Stranger Things production, so it has no reason to promote the show. But considering that the Netflix series only needed a season to become a huge phenomenon and that season three is set in 1985, Microsoft should definitely take advantage of this fantastic opportunity to remind people where it all started. Hopefully, someone in the marketing department realized this unique opportunity and acted on it. Because the alternative would be Microsoft relaunching Windows 1.0 in some sort of capacity, which doesn’t seem like an especially worthwhile venture.

Microsoft wouldn’t be the only company taking advantage of the popularity of the Netflix show. Coca-Cola is doing it too, and a few weeks ago, Lego launched a remarkable set based on the TV series, complete with a retro ad that fits the 1980s perfectly.