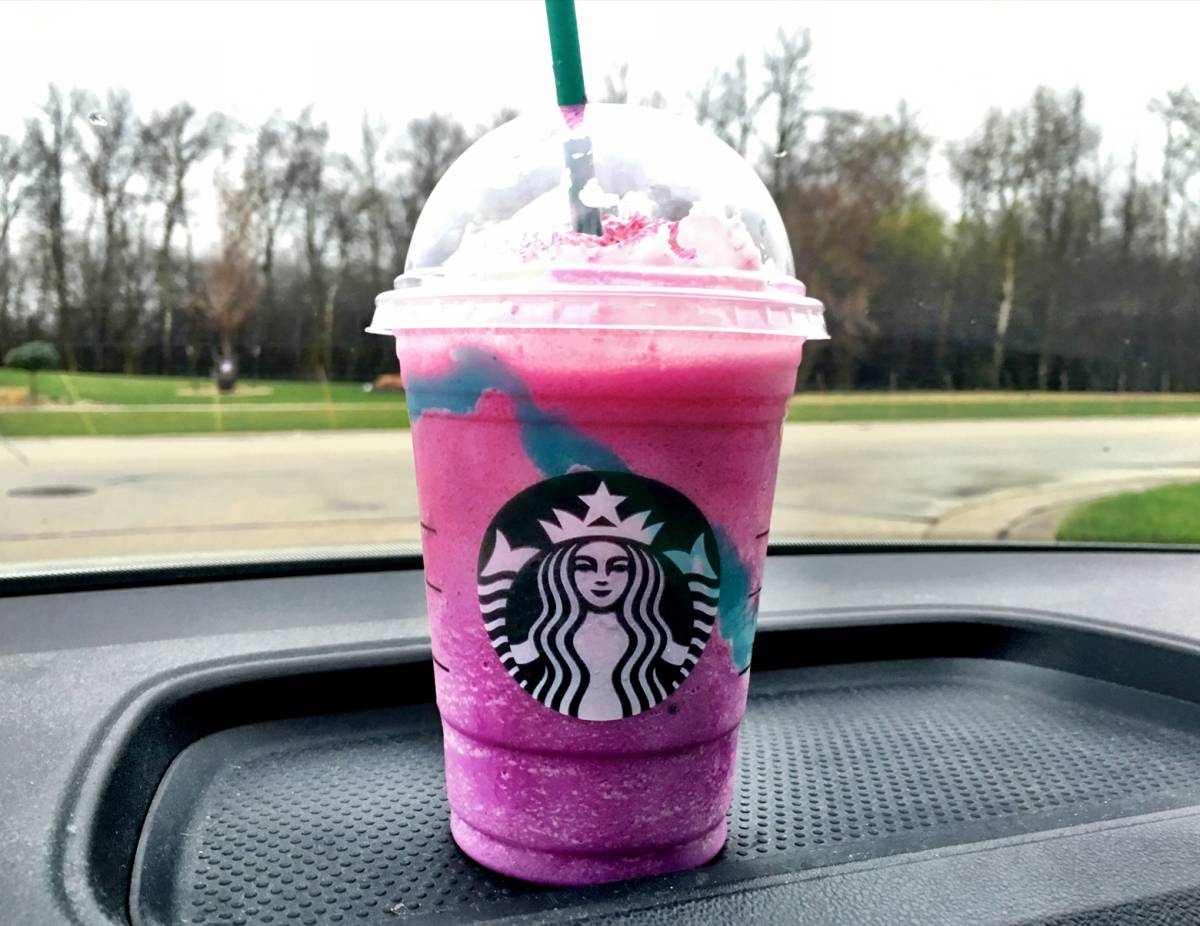 Drinking a pink, purple, and neon blue beverage at 7 o’clock in the morning isn’t something I’d ever recommend, but when Starbucks spontaneously launched its new Unicorn Frappuccino with the promise that it would be gone in less than a week, my hand was forced. I’ve ordered the beast and consumed it over the course of an hour or so, and now I feel compelled to offer you my opinion on it, along with more information about my own personal coffee preferences than you’d ever need or want to know. I’m not ashamed to admit that I have a pretty basic, straightforward coffee routine. I keep bottled cold brew on hand at all times, but on most mornings I find myself awake early enough to make the short trip to the nearest Starbucks and order one there. I’m not sure why that’s my habit, and I can’t say the Starbucks cold brew is any better than the stuff I buy from the grocery store, but when you work from home it’s nice to start your day with something other than heading straight to your home office.

I tell you all this because I want you to know just how big of a departure the purple-pink drink is from my typical morning fare. Going from a no-sugar, no-cream coffee beverage to an all-cream, all-sugar Disney-colored cup of diabetes juice is obviously pretty drastic. And so, my first sips went about as well as I expected. When you first get the drink it’s a pleasant dark purple color with blue drizzle and some insanely sour “fairy powders” sprinkled on top. The creamy concoction is very sweet, with a cotton candy flavor that is somehow addicting and revolting at the same time. It’s basically like drinking half-melted whipped cream with even more sugar mixed in.

As you drink it, the whipped cream on top mixes with the equally sugary frozen cream underneath and turns the purple to a bright pink. The blue drizzle, which is apparently very, very sour, kind of clings to the side of the cup until the very end, when it finally joins the party and turns the last few sips into a confusing mix of too sweet and too sour. The Starbucks Unicorn Frappuccino — which, according to the signage at my local Starbucks, is only available “if you believe” — is about as far removed from coffee as you can get. There’s no caffeine, but there is plenty of sugar (59g in a medium) and that is probably more than enough fuel to get your brain going. If you want to wear it as a badge of honor, go ahead and pick one up, especially if you’re accustomed to ridiculously sugary morning drinks. If you choose to pass, you’re not missing much, aside from a bout of 9 am gut rot.