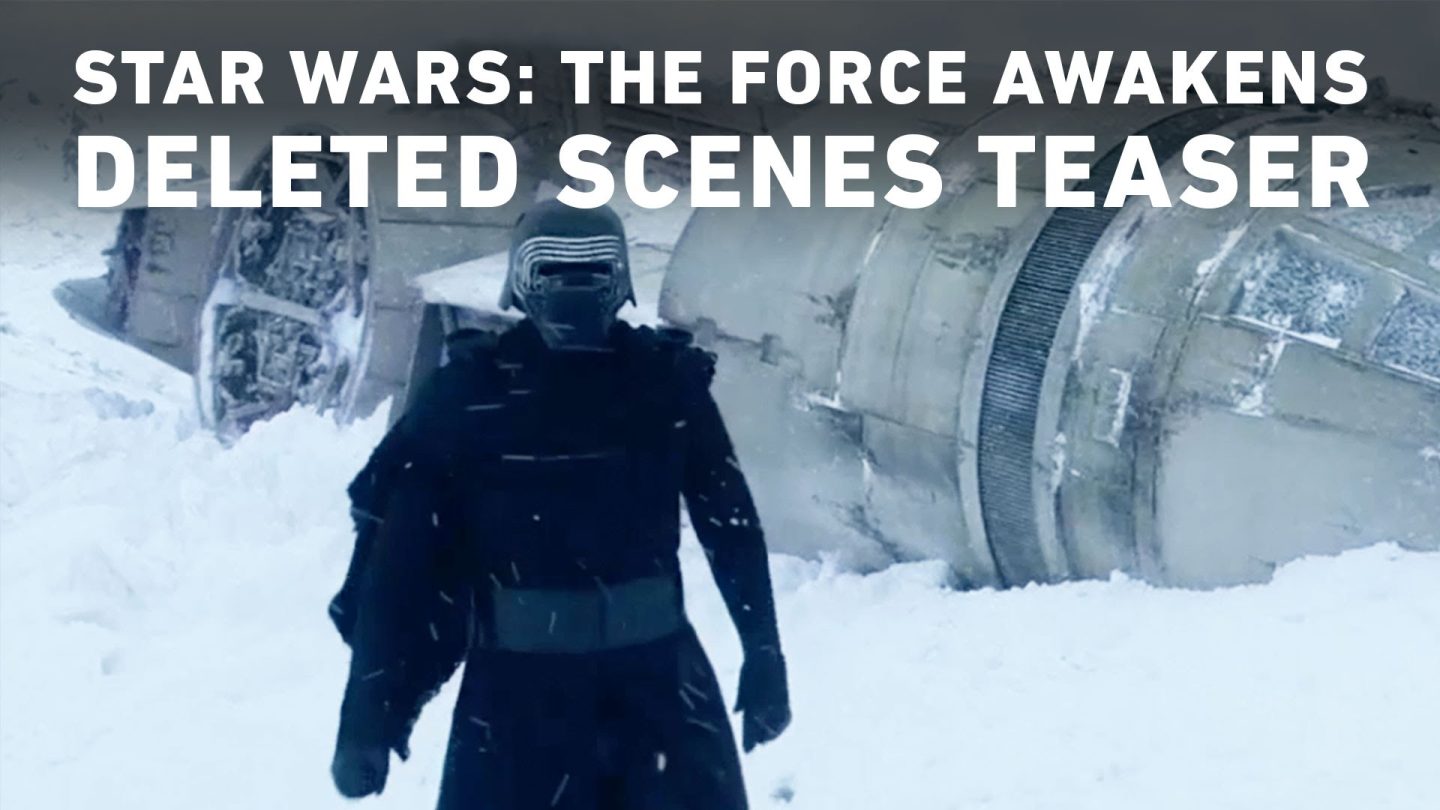 We now live in a world where deleted scenes warrant their own trailer. On Thursday, shared a short preview video with footage from the deleted scenes that will appear on the Star Wars: The Force Awakens home release.

This shouldn’t come as too much of a surprise after a 30-second production announcement managed to rack up over 11 million views, but it’s further proof that Star Wars really is back. Here’s the short teaser:

The list of deleted scenes expected to appear on the digital and disc releases also made its way around the Internet earlier this month:

That’s less than four minutes of new footage, but hopefully it’ll be enough to tide us over until the first trailer for Rogue One: A Star Wars Story drops later this year. At this point, we’re basically trapped in an endless cycle of Star Wars.

Star Wars: The Force Awakens has already leaked to torrent sites, but it will be available online legally in Digital HD on April 1st and will hit store shelves in Blu-ray and DVD formats on April 5th. If you want to see all the other special features and bonus content that comes with the home release, check this post.