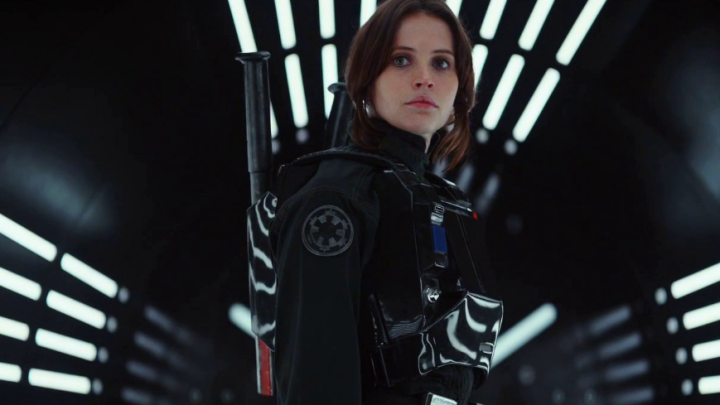 A few days ago, Disney’s CEO Bob Iger talked about the studio’s franchises including Star Wars. He revealed that a new movie is scheduled for 2020 and more Star Wars movies could follow after 2021. He also talked about Rogue One, the first Star Wars story Disney is making, and said that while interest in the film is high, he doesn’t expect the movie to match The Force Awakens’ box office take.

This, apparently, prompted The Guardian to wonder whether J.J. Abrams has ruined Disney’s Star Wars plans for the future, by sticking to telling a Skywalker and Solo story in Episode VII.

The Force Awakens is a great movie, but one that has everything Star Wars fans expect, including beloved main characters. The Skywalkers and Solos are back, and they have children and worthy successors.

Rogue One, meanwhile, will tell a different kind of story. One that might lack lightsabers and Jedi knights. Instead, it’ll be a story about the regular people in the Star Wars universe, the rebel fighters that made possible the destruction of the first Death Star.

Because Rogue One lacks any of the iconic Star Wars characters, Star Wars fans might not give it a similarly warm reception. Without Skywalkers and Solos in it, the movie won’t be as entertaining, The Guardian notes. That’s certainly an accurate presumption, but that doesn’t mean the film will be a flop at the box office. And no, J.J. Abrams did not ruin Disney’s Star Wars plans for the future, just because he needed to utilize characters and elements from the original trilogy to make sure his Star Wars take isn’t another Phantom Menace.

Can Rogue One be a worse movie than this year’s Batman v. Superman? Or Suicide Squad? These “flops” generated hundreds of millions of dollars in ticket sales, and that’s in spite of bad reviews. Rogue One is likely to be a hit at the box office come December, even if it’s probably futile to expect it to break The Force Awakens’ record.

The only reason I can think for Rogue One “flopping” is that it’s a movie whose ending is already written. Its ending, whatever it is, is a happy one. The rebels will steal the plans to the Death Star no matter the cost. It’ll probably lack a sequel, and it doesn’t need one. In a world dominated by Darth Vader, some courageous individuals managed to breach the security of the most feared organization in space. That’s a story Star Wars fans will want to see, and Rogue One will deliver it.

Overall, an underperforming Rogue One wouldn’t make Disney’s Star Wars future any less bright, especially considering what’s coming next. Episodes VIII and IX will probably generate as much interest as The Force Awakens if not more. And a standalone Han Solo movie is the kind of flick that will sell a boatload of tickets, because Han Solo.