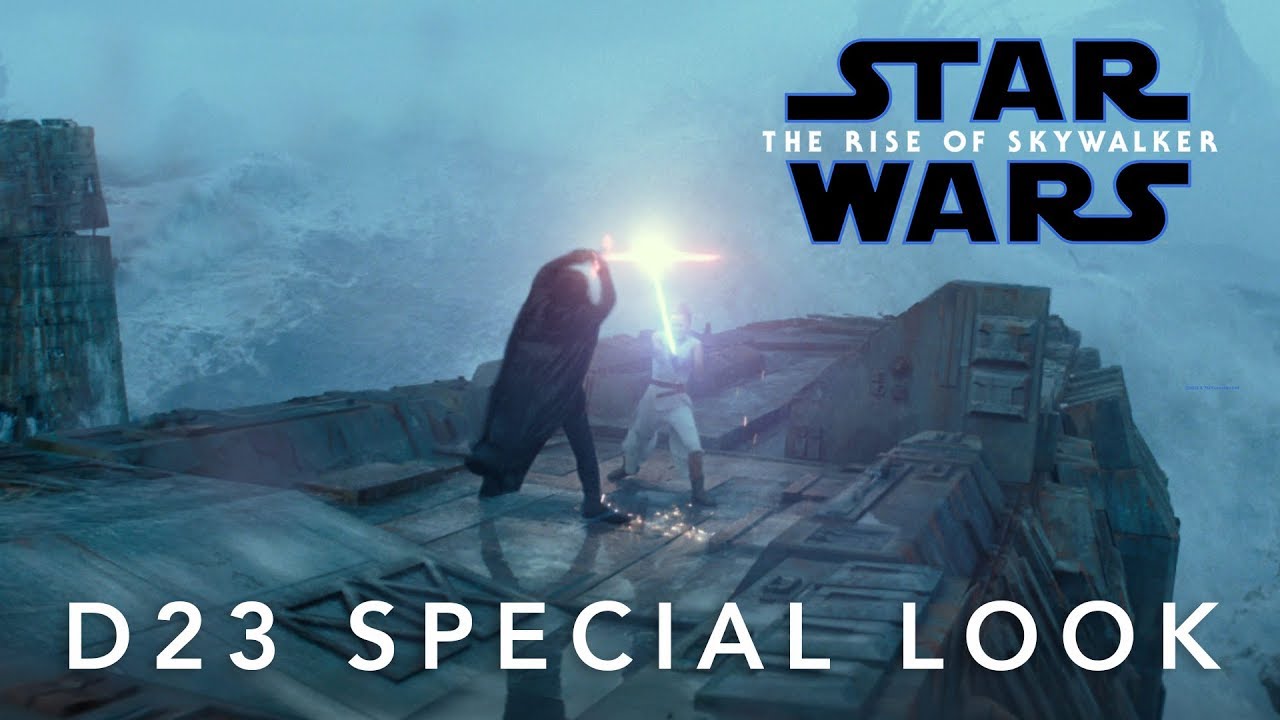 It’s hard to believe that we’re just a few months out from the release of the third and final movie of the new Star Wars trilogy, but the adventures of Rey, Finn, and Poe are about to come to an end. has released one official trailer for Star Wars: The Rise of Skywalker so far, but over the weekend, D23 Expo attendees got a glimpse at some new footage from the movie no one had seen before, and now has shared that footage online.

The first minute or so of the D23 special look features clips from all three trilogies, as we hear Luke Skywalker repeat his familiar refrain: “A thousand generations live in you now.” As Luke’s voice fades out, the new footage begins, and you can watch the entire video at the top of this post. We’ll get into the details below.

The first shot we see is of five of the main characters — Rey, Finn, Poe, Chewbacca, and C-3PO — all together on a desert world, where some kind of fair or celebration appears to be taking place. This is a welcome sight after The Last Jedi, which split up the characters as they all went on their own separate adventures around the galaxy.

We then see General Leia Organa in a scene that has presumably been repurposed from footage that was originally shot for one of the last two movies, what looks like the impetus of an enormous space battle, and C-3PO with glowing red eyes. Does Anakin’s childhood droid turn evil in The Rise of Skywalker?

But all of the most exciting revelations come at the end, as we see Rey and Kylo Ren battling on top of a ship as the waters rage beneath them. In the battle, Rey is wielding a blue lightsaber, but just seconds later, in the final shot, we see her in a cloak with a double-bladed red lightsaber, similar to the one Darth Maul wielded in The Phantom Menace. And we also hear what sounds like Darth Vader breathing. What does it all mean? Unless releases another, more revealing trailer, we’ll find out when the movie releases on December 20th.