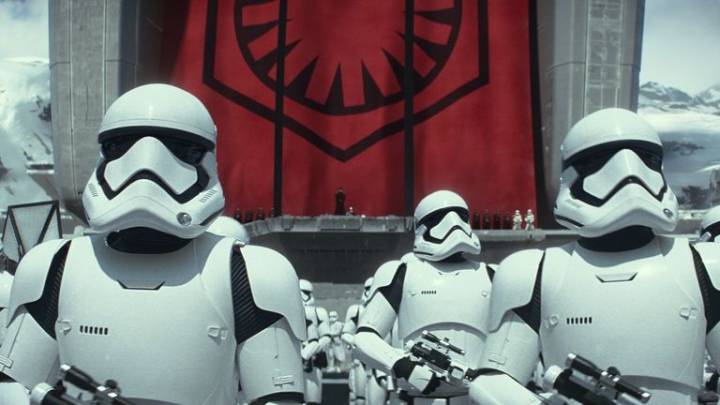 Star Wars: Episode VIII production is underway and the spoilers just keep coming. After we found out that Great Britain’s princes may have put on Stormtrooper suits to shoot a few scenes for the upcoming new Star Wars movie, we now hear that Tom Hardy might also be in the film.

In case you don’t want the surprise ruined, then you’d best stop here because spoilers follow below.

It turns out that Disney wants to make the most of its Stormtroopers, with Star Wars’ directors offering friends a chance to get inside the popular costume and film. In Star Wars: The Force Awakens, J.J. Abrams had Daniel Craig play one of the Stormtroopers that was guarding Rey, and he even got to say a few lines.

Rian Johnson will seemingly follow in Abrams’ footsteps, as a new report claims that Tom Hardy will be one of the celebrities who will get a Stormtrooper part. According to Making Star Wars, Tom Hardy will appear in a small sequence in the movie and he will have a bunch of lines.

Hardy will play a First Order Stormtrooper who knows Finn. Hardy spots him while Finn is on a secret mission and assumes that Finn is a spy for the First Order. As a result, Hardy appears to be pleased to see his buddy, unaware of the fact that FN-2187 has actually deserted.

The scene promises to be a funny one. The Stormtrooper supposedly walks up behind him and slaps him on the butt. Finn turns around thinking he’s surely dead, but finds a former brother in arms who’s not only happy to see him but even praises him for his promotion to Resistance infiltrator and spy. Finn then walks away scot-free.