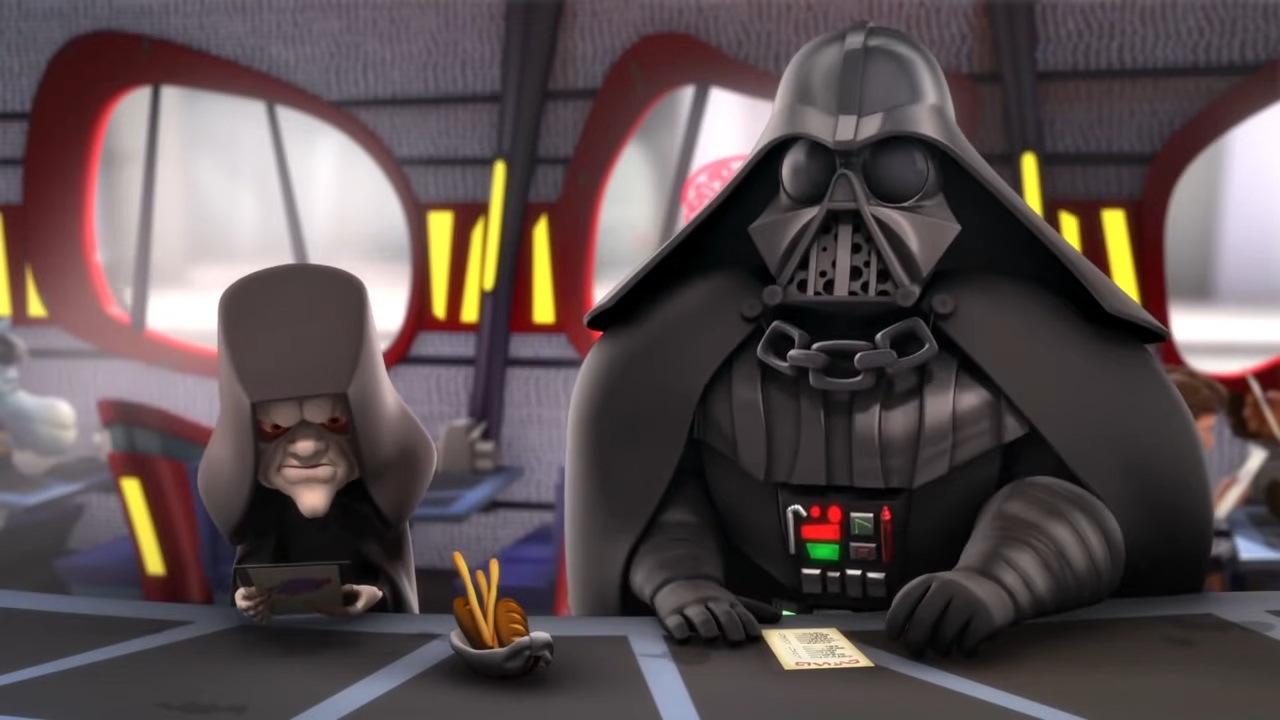 A long time ago in this very galaxy, George Lucas teamed up with Robot Chicken creators Seth Green and Matthew Senreich to make a CGI-animated comedy series set in the Star Wars universe. It was called Star Wars Detours, and it was the last project that George Lucas had any involvement in prior to his decision to sell Lucasfilm to for $4 billion. The show, which was announced in 2012, was quietly shelved, never to see the light of day.

That is where the story of Star Wars Detours came to a close, but according to The Vulcan Reporter, is going to give the unaired show new life on Disney+ next month in celebration of May 4th, aka Star Wars Day.

Nearly a decade ago when the acquisition was completed, didn’t want its first Star Wars project to be a parody show, especially with a sequel trilogy in the works. As Seth Green explained in a Reddit AMA in 2013, the team “didn’t think it made any sense, in anticipation of these new movies coming out, to spend the next 3 years with an animated sitcom as 3 generations’ of kids first introduction to the Star Wars universe.”

In that same post, Green revealed that 39 episodes of the show had been completed, and 62 scripts had been written. In other words, there are 39 full episodes of Star Wars Detours sitting in a vault somewhere, with even more waiting to be produced if ever wanted to give the show a second chance.

According to The Vulcan Reporter, not only plans to release all 39 episodes of Star Wars Detours on Disney+ as a surprise for fans, but the studio has also produced an additional 13 episodes to bring the total to 52. With as many Star Wars shows as has planned for its streaming service, it certainly would make sense to throw another on the pile, especially if most of the hard work was done nearly a decade ago. And as Green said on Reddit in 2013, “Detours can sit on a shelf until the Star Wars movie comes out without losing any of its lustre, because what we’ve created is very funny, very smart and like I said before, timeless.”

While Detours might not have pushed the story forward in the same way that the movies have, it had attracted a fairly impressive cast of actors to reprise their roles, including Billy Dee Williams as Lando Calrissian, Anthony Daniels as C-3PO, and Ahmed Best as Jar Jar Binks. Meanwhile, well-known voice actors would have filled out the rest of the cast, with Seth MacFarlane as Palpatine, Weird Al as 4-LOM, and Andy Richter as Zuckuss.

The unexpected return of a long-lost Star Wars show is sure to excite fans of the franchise, but it might be worth tempering your expectations. This is the same website that said the upcoming Peacemaker spinoff show on would get a broadcast run on The CW, to which The Suicide Squad director James Gunn simply replied: “No.” Thankfully, we’ll soon know whether the report is true or false, because May 4th is right around the corner.