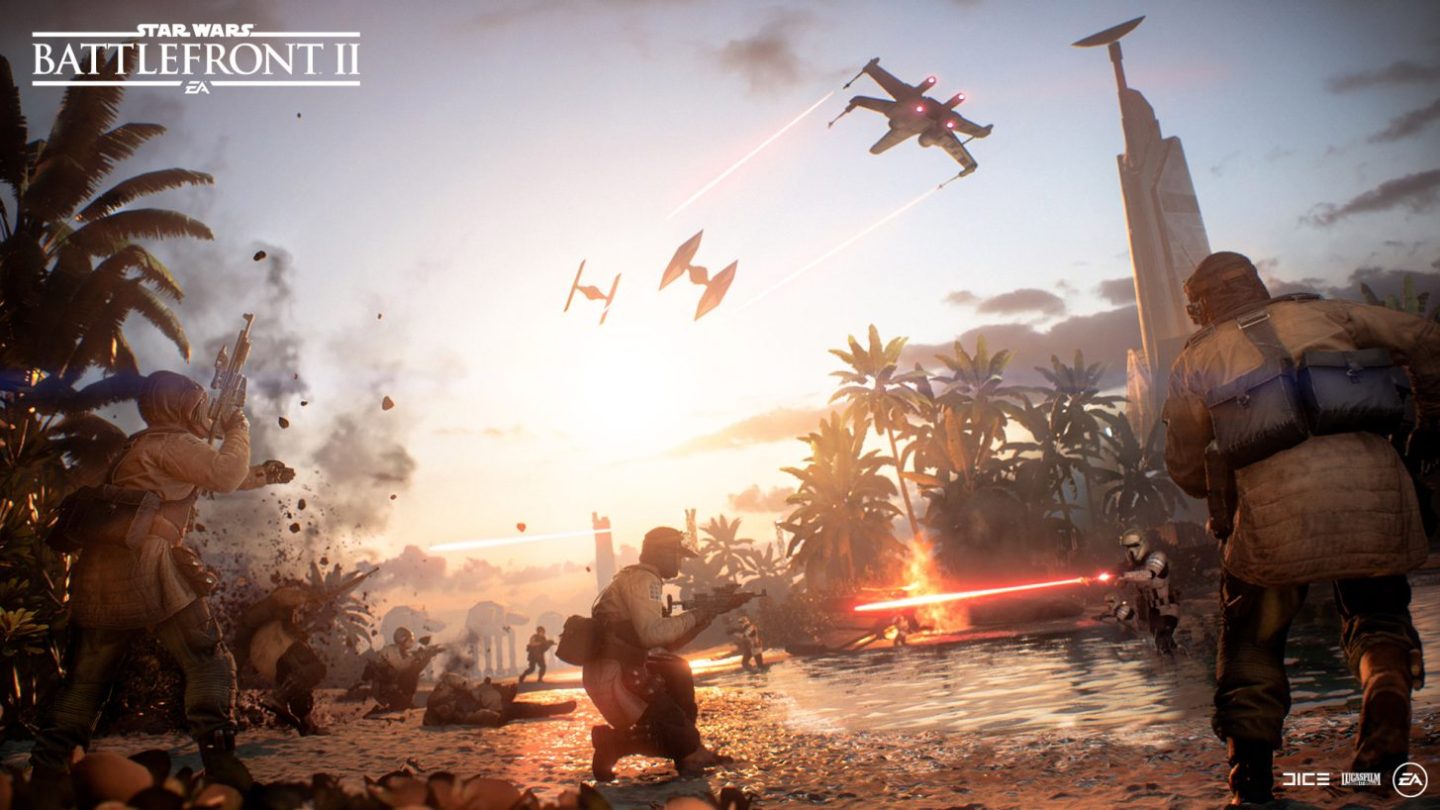 It’s only been a few weeks since The Mandalorian wrapped up its second season on Disney+, but it may very well be the last Star Wars movie or show that we’ll see until December, which is when The Book of Boba Fett is scheduled to make its debut on the streaming service. That’s a long wait for more Star Wars content, but if you are dying to spend some more time in a galaxy far, far away this year, look no further than the Epic Games Store.

For the next seven days, Star Wars Battlefront 2: Celebration Edition is free to download from the Epic Games Store. This 2017 multiplayer shooter got some flak when it launched due to being flooded with microtransactions, but a ton of work has been done on the game over the last three years, including 25 free content updates that brought new maps, heroes, and customization options to the game. All of that is included in this edition.

“Be the hero in the ultimate STAR WARS™ battle fantasy with STAR WARS™ Battlefront™ II: Celebration Edition!” reads the description for the game on the Epic Games Store page. “Get STAR WARS Battlefront II and the complete collection of customization content acquirable through in-game purchase from launch up to — and including — items inspired by STAR WARS™: THE RISE OF SKYWALKER™.”

Put your mastery of the blaster, lightsaber, and the Force to the test online and offline in STAR WARS Battlefront II: Celebration Edition, FREE on the Epic Games Store until January 21! https://t.co/ZouBkd2HKY pic.twitter.com/faKV53jQKa

Battlefront 2 developer DICE announced last April that The Battle on Scarif would be its final major content update for the long-running online shooter. The update added the Scarif Beach map, which recreates the huge setpiece from the climactic scene of Rogue One: A Star Wars Story. In fact, there is now content in Battlefront 2 inspired by every Star Wars theatrical release, including all three trilogies and the spinoffs.

There probably won’t be any new maps or characters added to the game going forward, but EA will keep the servers up and host in-game events as long as there are people playing Battlefront 2 (and spending money on its cosmetics). Star Wars Battlefront 2: Celebration Edition will be free on the Epic Games Store through January 21st.

In order to snag a free copy of Battlefront 2, you will need an Epic Games Store account. Once you sign up, you also need to enable two-factor authentication in order to claim free games, which is a rule that the company made in April 2020. Basically, if you want the free games, you need to secure your data. In order to do that, head to your account, click on the Password & Security tab, and choose the 2FA option you prefer.