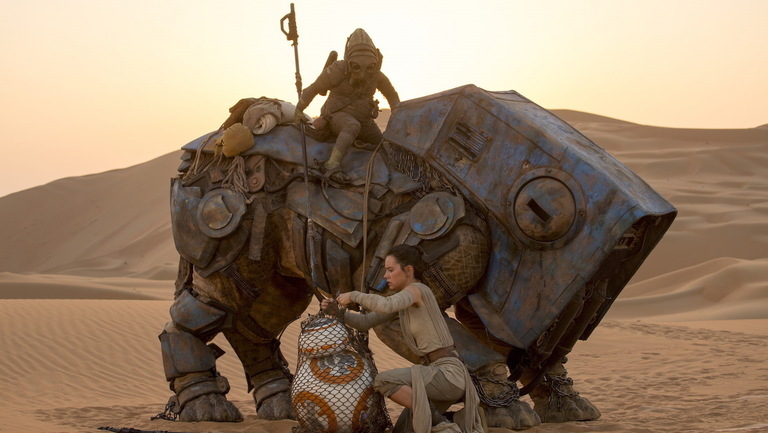 Imagine for a second seeing Rey pushing back a slew of attackers with her lightsaber and Jedi powers, just as Captain American throws his shield at them. On a planet far far away. Would you want to see such that movie?

It seems far-fetched, but what if Disney decided – for lack of better ideas – to combine the Star Wars and Marvel universes? You know, come up with a story in which everything happening in Star Wars takes place in our actual present, but in a galaxy that’s so far away that Earth was out of reach for many years.

I certainly hope such a scenario where Rey, Finn and Poe Dameron would join forces with Iron Man, Captain America and Spider-Man, and the other Avengers never comes to fruition. And I hope Supreme Leader Snoke will never be affiliated with Thanos. And I hope Earth isn’t some sort of magical place where the Force has created so many superheroes.

But Stan Lee, who imagined the Marvell superheroes we’ve grown to love, thinks that a Star Wars and Avenger mix up might be possible in the future.

“I don’t know how many characters you can have in a movie, but obviously the people who produce these things are looking to be as successful as possible,” Lee told Big Issue, which asked him about this unearthly crossover. “If they feel that incorporating Star Wars with the Marvel characters will be very successful, they’ll find a way to do it. Can you imagine Spider-Man saying: ‘May the force be with you’? It may come to that!

“Nothing overwhelms people in the movie or television business,” he added. “They are always looking for the next great idea,” Lee added.

“We did it in the comics,” he said, referring to the way all the Marvel superheroes meet each other.” I created the Avengers by taking many of our characters and making a team out of them. We can have as many characters join the Avengers as we want to for future movies. That might be fun too – all of a sudden Luke Skywalker is an Avenger!”

I’ll say it again, though, let’s just hope we never get to see this happen.