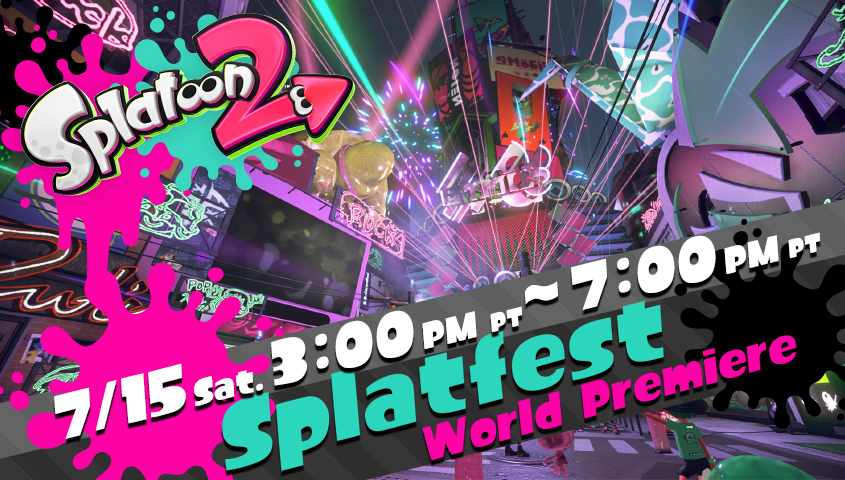 Splatoon 2 officially launches on the Nintendo Switch next week, but if you simply can’t wait that long, you can actually spend a few hours playing the game this Saturday during the Splatfest World Premiere demo event. Unlike the Global Testfire back in March, the Splatfest will only be available during a single four-hour session. So if you own a Nintendo Switch, be sure to set aside some time to play.

If you want to participate in the Splatfest, all you need to do is download the Splatfest World Premiere demo from the Switch eShop and join in any time from 6:00 PM ET – 10:00 PM ET on Saturday. As in the first Splatoon, this Splatfest has a theme: ice cream vs. cake. Whether you choose to fight for Team Cake or Team Ice Cream, every Turf War battle you win will help your team’s cause.

Nintendo is going to give everyone who participates the opportunity to try four of the game’s main weapons: the new Splat Dualies, the Tentatek Splattershot, and remixed versions of the Splat Roller and Splat Charger. As for stages, Nintendo has revealed that players will be battling on Starfish Mainstage, Inkblot Art Academy, Moray Towers and Humpback Pump Track.

If you’re still on the fence about picking up Splatoon 2, this is the perfect chance to see whether or not the unique first-person shooter is for you. On the other hand, if you love the first game and already plan on buying the second, you’ve probably already carved out four hours on your calendar for the demo.