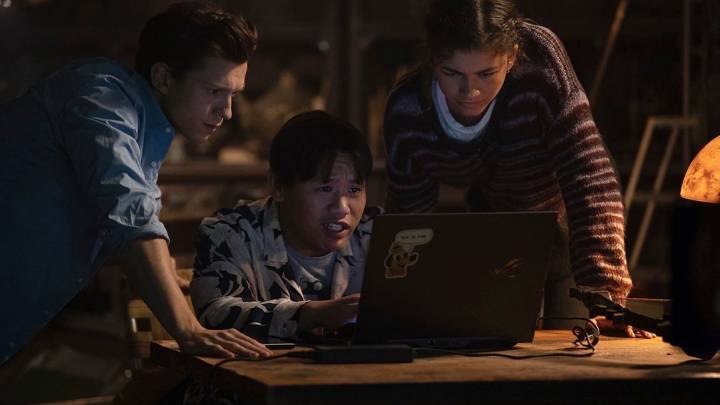 Spider-Man: No Way Home hits theaters on December 17th and it could easily become the most successful box office hit of the pandemic, especially now that many regions around the world is preparing for a return to some sense of normalcy. Spider-Man movies are usually highly anticipated attractions, especially the episodes that are tied to the bigger MCU storyline. No Way Home happens to be one such story, and it has the best premise possible for a Spider-Man film: for the first time ever, people know that Peter Parker is Spider-Man. What’s worse, he’s being framed and could be considered a fugitive on the run by many people after the events in Far From Home.

That plotline alone is enough to turn Spider-Man 3 into a must-see movie, a story that Sony was never able to tell before. But it gets even better than that if a certain Spider-Man 3 leak is accurate. Spider-Man 3 has a huge surprise for fans that’s guaranteed to have everyone talking about the film once it comes out. The problem with this surprise, which Sony and Marvel are desperately trying to hide, is that the mystery has already been spoiled. Most people know the biggest No Way Home spoiler by now. And a new leak further indicates that No Way Home will indeed be Sony’s first live-action Spiderverse story and a massive multiverse-related adventure for Marvel. Spoilers follow below, but they’re probably spoilers that you’ve already seen multiple times by now if you’re a Marvel movie fan.

Spider-Man 3 will not bring back just Tom Holland’s Spider-Man. Tobey Maguire and Andrew Garfield will also reprise their roles from Sony’s previous movies. We’ve seen various leaks on social media indicating that the two actors are involved in the project. Holland tried to deny having met the two other Spider-Men stars, and Garfield denied being in the movie before backtracking a few days after that.

It’s not just the Spider-Men from Spider-Man movies of the past who are returning. The villains they fought in Sony’s previous films are also going to be back. Alfred Molina is the best example of that. The actor will reprise his Doc Ock role from Sam Raimi’s films, and Molina confirmed everything a few weeks ago. He explained at the time that he’s “the worst kept secret in Hollywood.” He also told us exactly how it would be possible to see the same villain in a new Spider-Man film — it’s the multiverse, of course. And you don’t bring back Molina’s villain without having Maguire’s hero appear in the movie as well.

YouTube channel Everything Always details another leak that reinforces the idea that No Way Home is a multiverse story. An eager No Way Home cast member posted her involvement in No Way Home on IMDB earlier than she was supposed to, revealing that her role was “personal costumer: Ms. Dunst.”

That listing was promptly removed from the film’s IMDB’s page, but the internet never forgets.

We’ve seen leaks like this happen with other movies before. And while anybody with access to the page could have edited it to add this particular tidbit to mess with fans, having Dunst in Spider-Man 3 makes plenty of sense. After all, the actress starred in Sam Raimi’s trilogy alongside Maguire. If accurate, the leak also obviously implies that Maguire is in the film, just like other leaks have said. You don’t just bring back Molina and Dunst without also getting Maguire for No Way Home.

If this type of leak sounds familiar, that’s because we saw something similar back in late 2018 and early 2019, ahead of the Avengers: Endgame. We kept seeing leak after leak revealing that most of the dead Avengers would be resurrected in Endgame. Separately, fan theories speculated that some of the Avengers might die for good during the second battle with Thanos. It all turned out to be accurate, but these tidbits did not ruin the Endgame experience one bit. We had no idea how it would all happen, and Marvel did a spectacular job of telling that story.

Knowing that Maguire and Garfield will be Spider-Men again alongside Tom Holland in No Way Home is a perfectly acceptable spoiler. We still have no idea how we’ll get there or what will happen once the three heroes meet. Time will tell whether Sony and Marvel will want to acknowledge any of it in future No Way Home trailers, or leave the reveals for the actual film.

The Everything Always clip discussing the IMDB leak follows below.