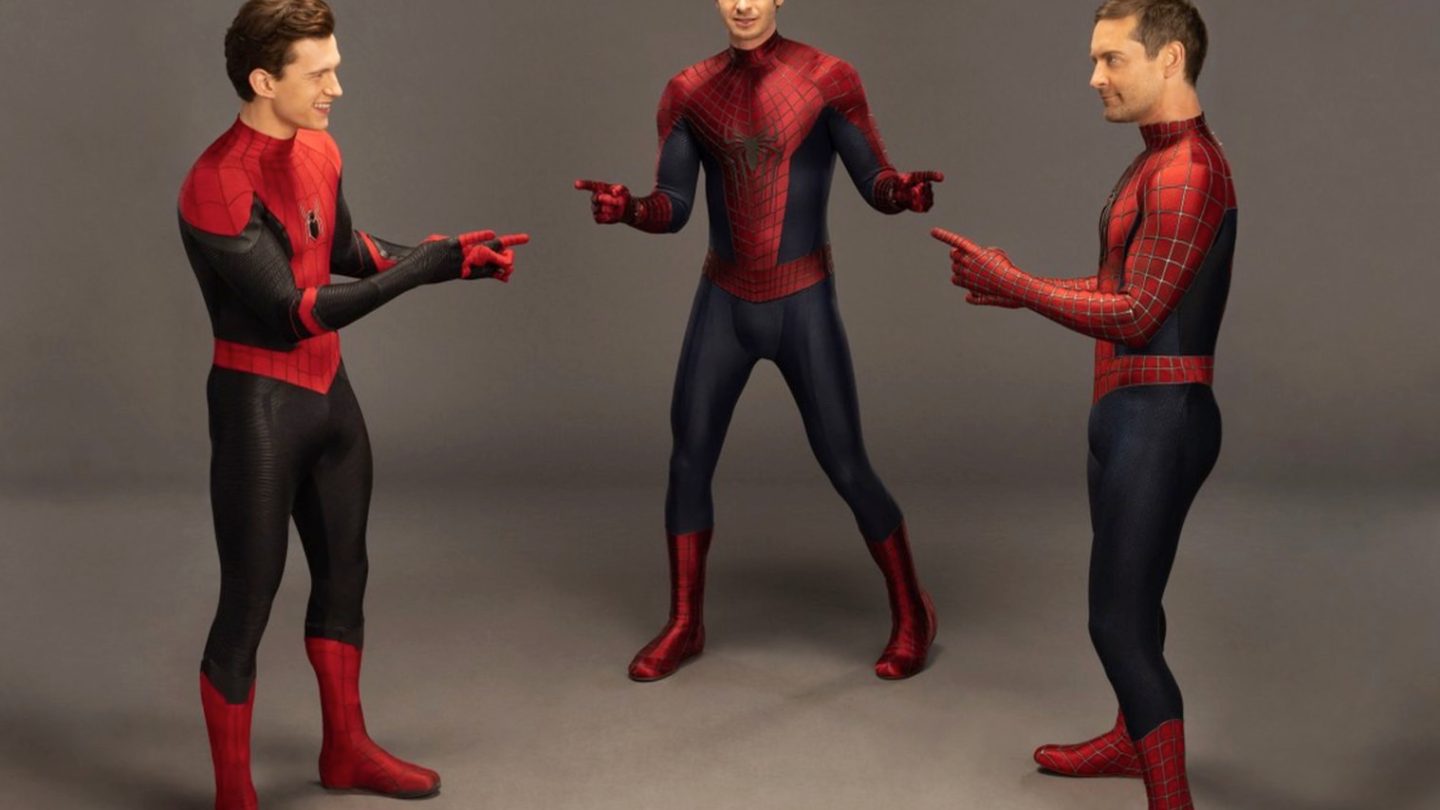 The Spider-Man: No Way Home digital release is finally here. That means you can rewatch the latest MCU blockbuster at home, or watch it for the first time. It also means the usual extra content that comes with digital and Blu-ray releases will make its way online. Thankfully, that includes the No Way Home gag reels that Spider-Man fans have been waiting to see.

Sony has started sharing some of those clips on YouTube, and the message is clear. We need to see all three Spider-Man variants together again in another movie. Mind you, some spoilers will follow if you haven’t seen No Way Home.

Is No Way Home on Disney Plus or Netflix?

We knew several months ahead of the No Way Home theatrical release that three Spider-Men were in it. Joining Tom Holland are Tobey Maguire and Andrew Garfield, who played Peter Parker before Marvel’s MCU grew into this colossal universe of adventures.

That’s why knowing that the No Way Home gag reels contain more footage of Tom, Tobey, and Andrew in Spider-Man suits will not ruin the movie for you.

Unfortunately, you can’t stream No Way Home on Disney Plus or Netflix just yet. And you won’t find the gag reels on any streaming platform right now. That’s not how it works, of course.

What you can get right now is the digital No Way Home release. For $20, you can watch the movie on one of the many platforms that sell movies online. The Blu-ray version will follow on April 12th.

Thankfully, we have a taste of the hilarious Spidey bloopers right here. Sony posted several short videos that show some of the Spider-Man gag reel we’ve been waiting for.

If you saw No Way Home in theaters, you’ll recognize the scenes from the gag reel immediately. But what the bloopers indicate is that the three Spider-Man actors really had fun shooting the movie. There’s obvious chemistry between Holland, Maguire, and Garfield. Even if the three are rivals of sorts, playing the same character.

What’s also clear from the gag reel is that we didn’t have enough scenes featuring all three Spider-Men in the movie. Tobey and Andrew aren’t just glorified cameos in No Way Home. But they only appear together for about a third of the film.

Rumors say that Sony and Marvel want another movie with the three actors. And a No Way Home deleted scene suggests that No Way Home might have included a teaser that all three Spideys would appear in the sequel.

But there’s no telling what the MCU future holds. In addition to the official No Way Home gag reel from Sony (above), you can also watch a longer clip from a YouTuber who collected additional bloopers featuring other No Way Home characters below.