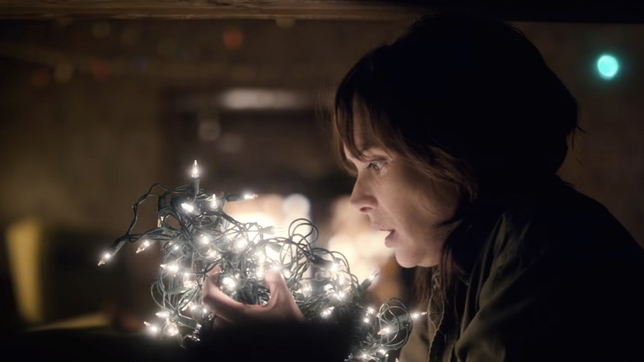 Stranger Things is a new Netflix hit, one of the pleasant surprises of the summer. The streaming giant already renewed it for a second season, but there’s a long way to go until it launches. However, Saturday Night Live got early access to season 2 and learned the answer to one of Stranger Things’ greatest mysteries.

Barb’s fate and Will’s strange behavior after he’s rescued are important parts of the plot that need to be explained next season. We also want to know more about the Upside Down. But more importantly, we want to know who Lucas’ parents were and where they were during season one.

Luckily, SNL was ready to help Matt and Ross Duffer address this oversight. After all, Lucas seemed to be able to show up whenever he was needed with no supervision from his parents.

SNL explains that his parents are very much in the picture, and they’re not happy with Lucas spending so much time with the weird white kids. Yes, Eleven is here too. And they’re not happy that Lucas is out looking for monsters — monsters will find him because he’s black.

His parents are also well-versed in dealing with the local police, even though Chief Hopper isn’t exactly the scariest law enforcement officer patrolling the city. That said, the SNL sketch is only funny if you already watched the show. Otherwise, SNL’s Stranger Things obviously won’t make much sense to you.