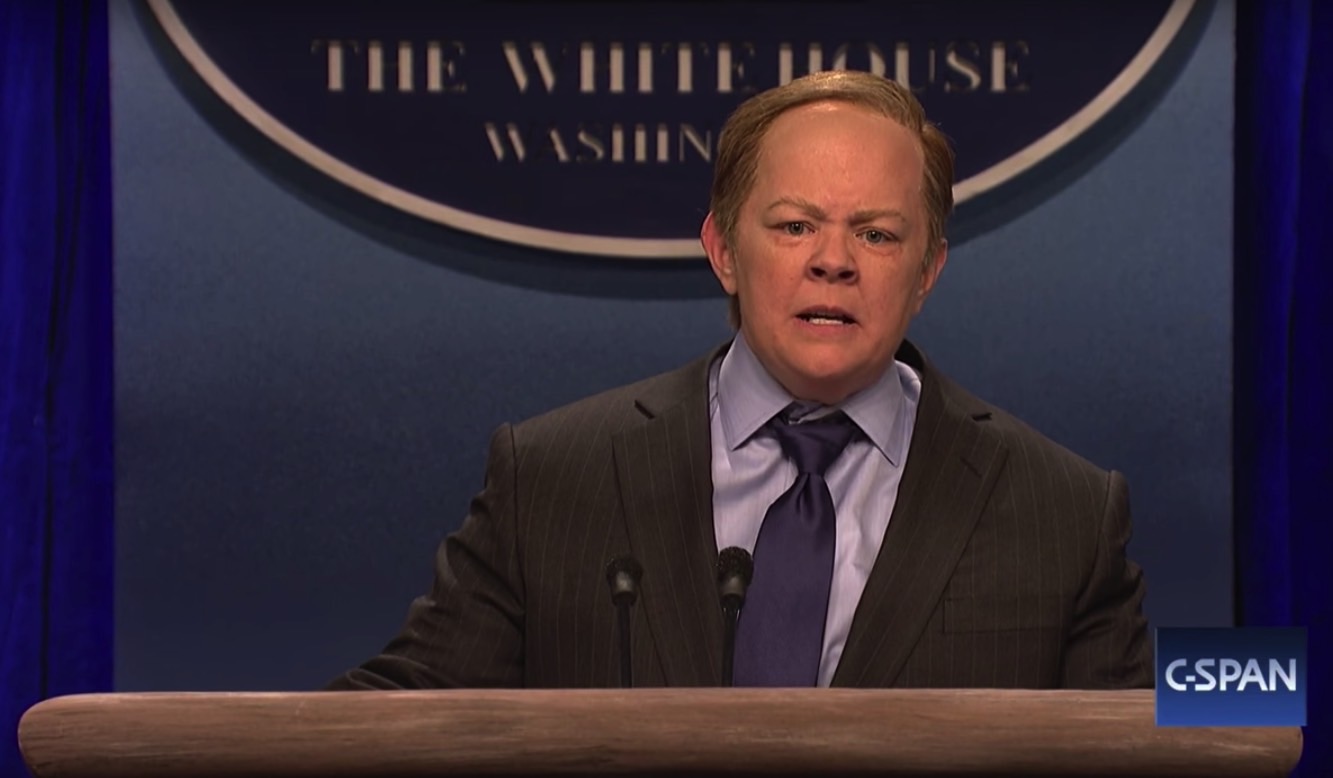 We’re used to seeing Saturday Night Live regularly mock Donald Trump with Alec Baldwin’s great impersonation. But now that Trump is president, we can expect more members of his administration to receive a similar treatment. Particularly Sean Spicer, Trump’s press secretary who probably has one of the hardest jobs at the White House. Thankfully, SNL found the perfect person to cover Spicer, and that’s Melissa McCarthy — you seriously have to watch her amazing Spicer impersonation.

SNL missed out on the first two weeks of Trump’s presidency because it was on vacation, but that also means the show had plenty of great material to cover this past Saturday. Baldwin returned to reprise his Trump role, while McCarthy debuted as SNL’s Spicer.

If you’ve followed the news and you’re familiar with the way Spicer handled his first televised appearances as press secretary, then you’re going to love McCarthy’s impersonation. We’ve got plenty of press bullying, alternative facts, record attendance numbers, fake news, and passwords that were covered in this sketch. In other words, exactly what you’d expect from Spicer on SNL, complete with impressive suits and gum-chewing habits.

The Trump administration has yet to address this new SNL performance, but you can check out the full Spicer clip below.