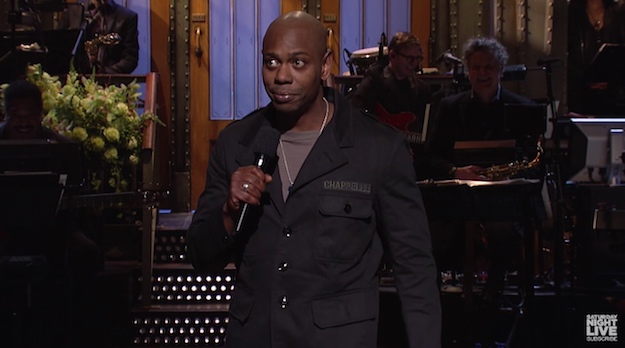 Wasting no time at all, Chappelle came out firing on all cylinders.

“You know, I didn’t know that Donald Trump was going to win the election but I did suspect it” Chapelle said before starting a riff on U.S. race relations while managing to include a brief reference to Celebrity Apprentice alum Omarosa.

“But America’s done it,” Chappelle said not too long after, “we’ve actually elected an Internet troll as our President.”

The full monologue can be viewed below and should be a breath of fresh air for old school Chappelle fans given that the comedian has been largely living outside of the spotlight over the past few years.

Incidentally, the ratings for this weekend’s episode of Saturday Night Live were the highest NBC has seen since 2013, hardly a surprise given the recent Presidential election and the fact that Chappelle was tapped for hosting duty. A comedian that’s been in the game for decades, Chappelle catapulted to mainstream stardom when his hit sketch show Chappelle’s Show had an impressive 3-year run on Comedy Central back in the early 2000s.