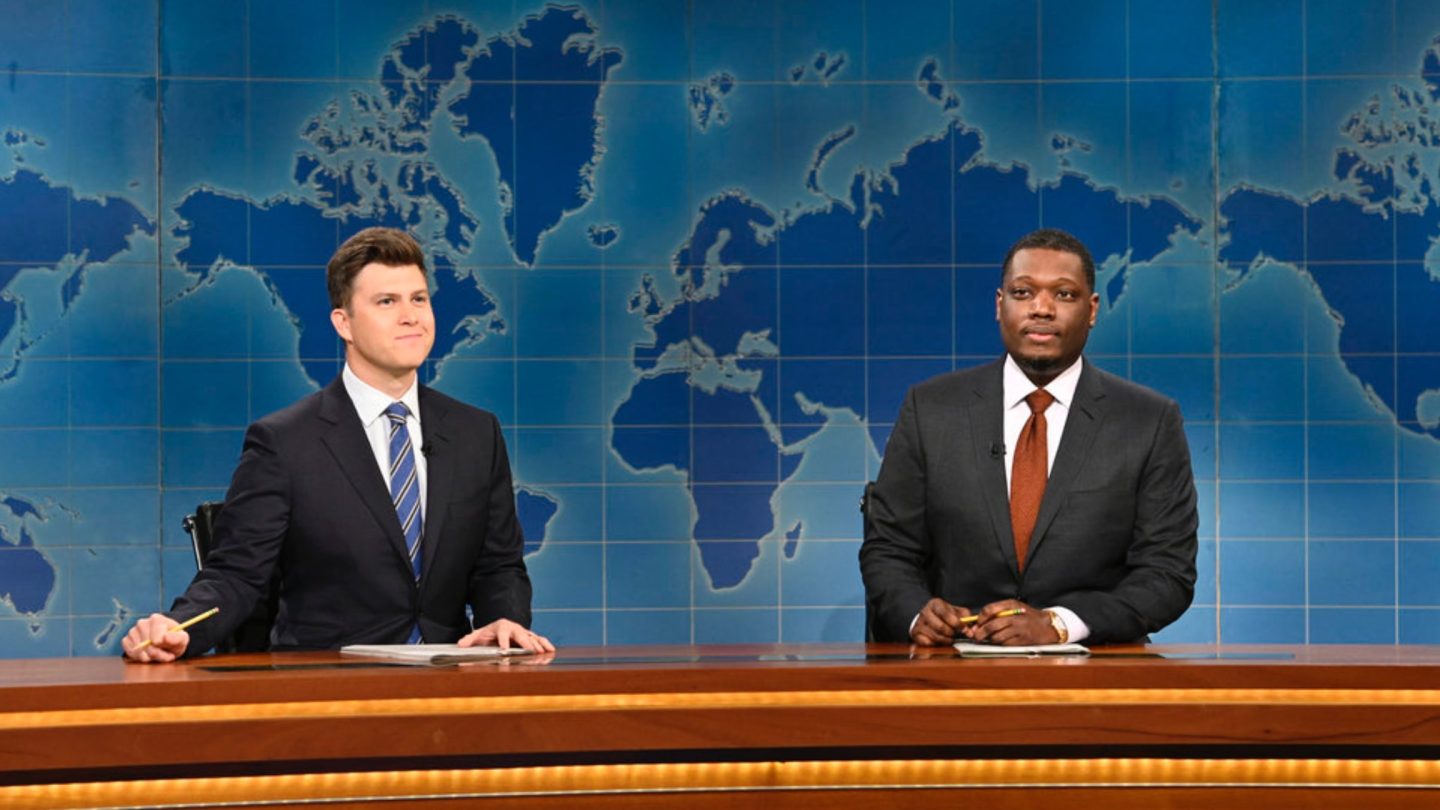 On this weekend’s episode of Saturday Night Live, the long-running variety show decided it was finally time to produce a Let’s Go Brandon sketch — no surprise, really, given how wildly popular among conservatives this phrase has become.

The sketch was meant to be part of the Weekend Update segment of the show. And we say “meant to be,” because SNL ended up cutting it from the final broadcast simply because of time constraints. However, the show did upload the bit to its YouTube channel, and you can watch the hilarious interaction below that didn’t make it to air.

The gag was built around an ordinary guy named Brandon, played by cast member Kyle Mooney, who chats with Weekend Update co-host Michael Che about the phenomenon around the catchphrase. The joke is that the bewildered Brandon in this sketch thinks the phrase is about him. When the sketch begins, the audience is cheering and the Brandon character is waving both hands in the air. “It’s me! Wow, this has been crazy! Everyone’s talking about me, little ol’ Brandon.”

The Brandon character continues: “Seriously fam, thank you for your support. I love my Bran stans … at first, I didn’t understand. Why all the hoopla about me?”

Of course, the Brandon in this phrase is a euphemistic stand-in for President Biden. It’s actually a way to direct an f-bomb at the president. But the SNL Brandon character seems to be none the wiser.

“There I was, a pretty average guy,” Mooney’s Brandon continues. “I’m living with my aunt — kind of like Spider-Man but without the superpowers.”

Che, of course, eventually tells him that the phrase is not about him at all. That the phrase is actually a way to insult President Biden. “Nooo …. wouldn’t they just say f— Joe Biden?” the flummoxed Brandon wonders aloud.

To be sure, the people sort of responsible for giving birth to this phrase were doing exactly that. It stems from a NASCAR race in early October, at the Talladega Superspeedway in Alabama. NBC NASCAR reporter Kelli Stavast was interviewing winner Brandon Brown afterward. The crowd was chanting — live, on-air — an f-bomb directed at President Biden. Whether Stavast misheard the chant or not, she told Brown that the crowd seemed to be saying, “Let’s go, Brandon!”

Conservatives immediately latched on to this episode as another example of media bias. But in the cut SNL sketch this weekend, at least, it was played for laughs.

“So I’m a joke?” the Brandon character laments. “It’s a joke to be Brandon? Like when my uncle tweeted ‘Let’s Go Brandon,’ he wasn’t talking about me?”

Che eventually tries to get a chant going for the character’s last name, instead.