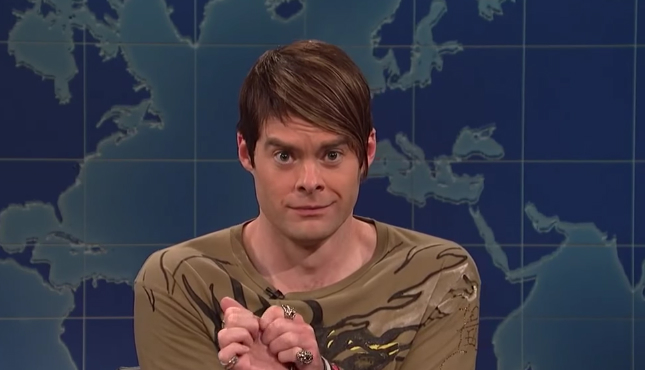 Saturday Night Live is always a great source of laughs, featuring a regular cast of great comedians and guest stars that add an extra layer of fun. Some of the greatest SNL sketches aren’t only memorable because of the great jokes and actors playing all sorts of weird characters, however. Instead, they’re memorable because sometimes they’s so hilarious that the cast members can’t even finish their lines without bursting out laughing.

A couple of new videos just uploaded to YouTube feature a compilation of moments where cast members broke character. It’s not a blooper reel since it all happens live, but it is the funniest thing you’ll see today.

Posted on YouTube channel KateMcKinnonTV – no, it has nothing to do with the comedian who’s an SNL regular – the following videos are hilarious, covering both brand new sketches as well as much older ones.

You’ll easily recognize the members of the cast and their guests as the clips move from one sketch to the next, but you’ll soon notice that one of the recurring characters in this compilation is Bill Hader’s Stephon. The reason is pretty simple. SNL writer John Mulaney revealed that they turned Hader’s “hands over the mouth” pose into a signature move because Hader would laugh a lot while playing Stefon.

Mulaney and Hader would write the sketches together, but right before the show, Mulaney would add jokes that Hader hadn’t seen — and that’s why Hader broke out laughing so often.

And let’s not forget Ryan Gosling, who just can’t keep it together on SNL. Check out the two clips below.