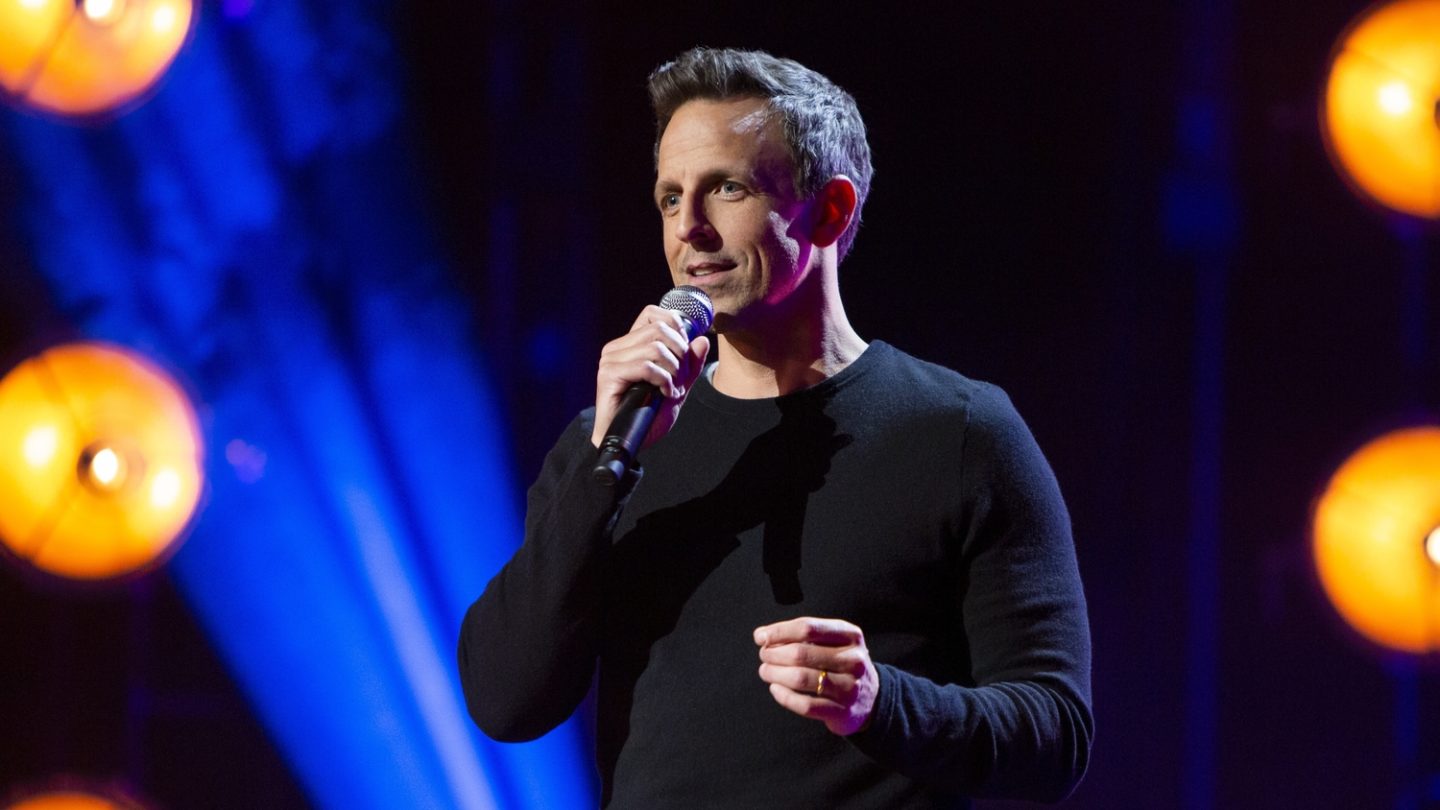 I would like to personally extend a warm thank-you to late-night talk show host and stand-up comedian Seth Meyers, whose Netflix comedy special Lobby Baby premieres on the streamer on Tuesday.

No, the mere fact of that premiere is not what I’m referencing — although, sure, congrats on that, Seth! My focus is instead on the new tool that Seth got Netflix to build and include in his special, a tool that will be greeted with relief and appreciation by many of you who are likely burned out on politics and the Trump news that seems to confront you almost anywhere you go on the Internet.

In Lobby Baby, according to Netflix’s official description, Meyers’ stand-up material will encompass everything from family to fatherhood — “and why you should never take your girlfriend to Paris for her birthday.” Additionally, this is Meyers we’re talking about, the same Meyers who hosts Late Night With Seth Meyers on NBC and who regularly skewers politicians like President Trump throughout the show.

Accordingly, there will be a moment in his comedy special that sees him shift from personal jokes to politics. At which point, a “Skip Politics” button should appear, similar to the “Skip intro” trailer you often see on the streamer’s TV series that lets you skip long intros and opening credits when you want to just get into the show already.

Netflix director of original standup comedy programming Robbie Praw told CNN Business that Meyers is the one who approached Netflix with the idea. It’s an idea with shades of the Choose Your Own Adventure-style of storytelling at the core of Netflix’s Bandersnatch movie — which unfolds based on choices the viewer makes, heralding upon its release what Netflix promised at the time would be more experiments with similarly interactive programming.

For now, this “Skip Politics” feature doesn’t seem to be the start of something wider at the streamer. It’s a one-off, at least for the moment, with Praw raving about Seth and his idea that “we’re thrilled he was able to take advantage of the Netflix experience in such a funny and innovative way.” Nevertheless, I think there are many of us out there who would be appreciative of this feature — a “Skip Politics” tool that’s more than a gimmick.