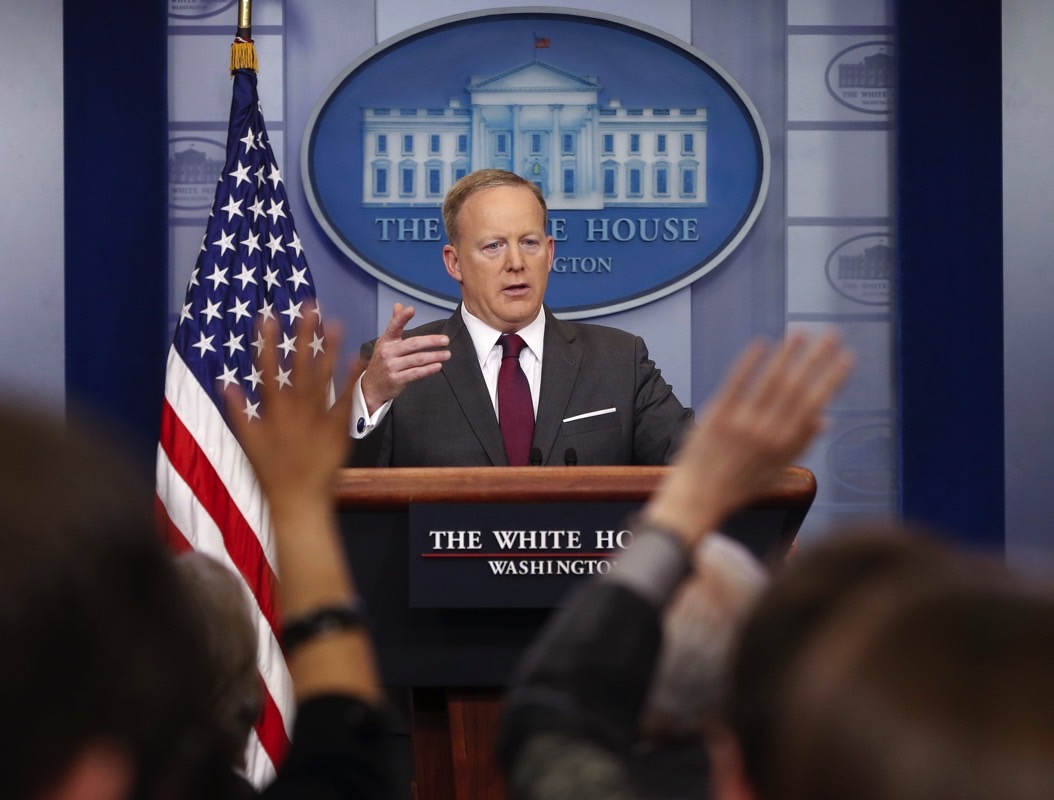 You don’t get to compare your press secretary’s performances to a soap opera and get away with it, especially if your Donald Trump, the president. The media, includi Stephen Colbert’s crew, will take such statements and run wild. They may even imagine an entire soap opera dedicated to Sean Spicer.

Trump said during a small working lunch at the White House last month that he won’t fire Spicer, likening his popularity with daytime soap operas.

“I’m not firing Sean Spicer,” Trump said according to The Washington Post. “That guy gets great ratings. Everyone tunes in.”

That’s all The Late Show needed to create this first episode of The Bold and The Babbling, a soap opera starring Sean Spicer.

While it’s definitely hilarious, Colbert’s Spicer sketch isn’t nearly as funny as SNL’s Spicer impersonation. Some tricks only Melissa McCarthy can pull off.

Given that Trump has no intention of getting rid of Spicer in the near future, you can rest assured that Colbert, SNL, and everyone else mocking to Trump administration will have plenty of fresh material on a daily basis.