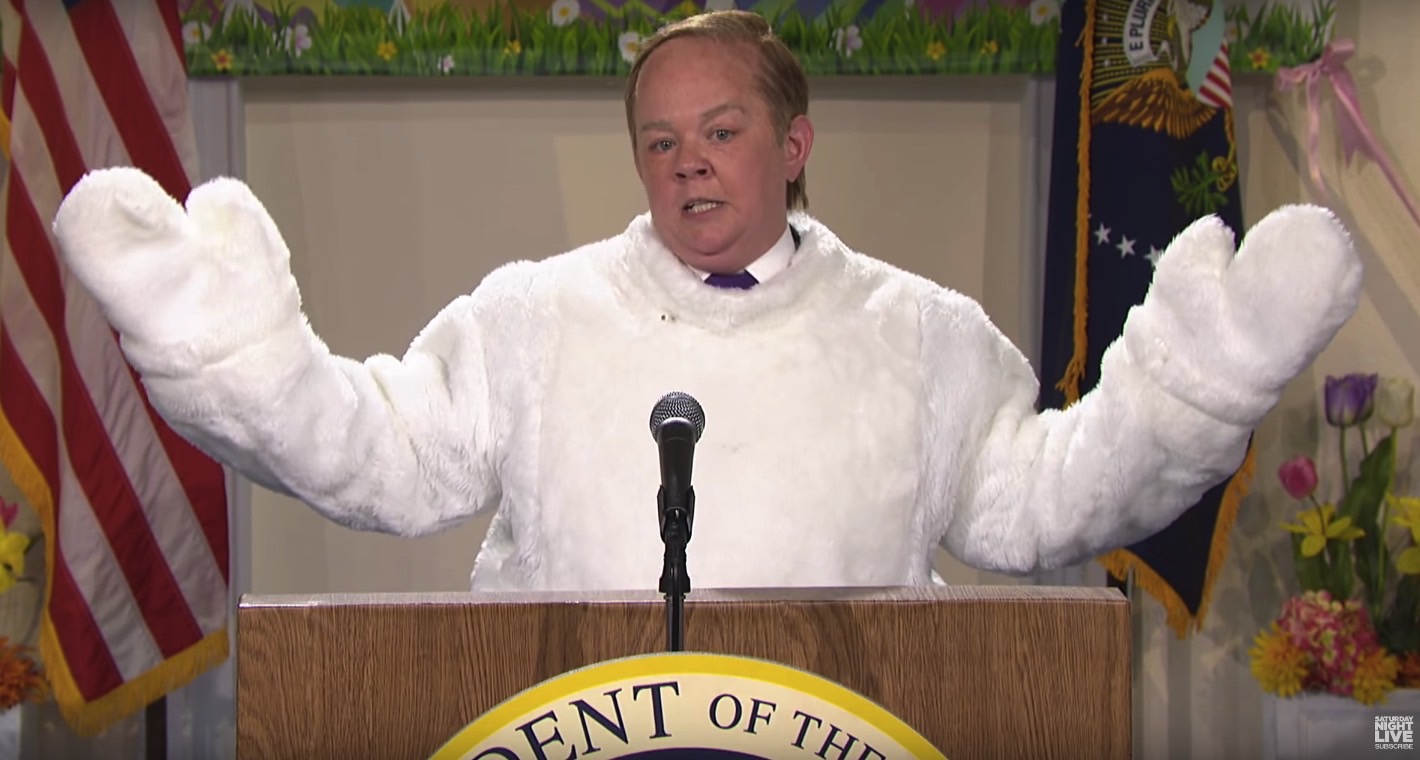 Jimmy Fallon hosted the first Saturday Night Live that aired live from coast to coast, which is quite a milestone for the show. That said, some of the best moments from this past weekend were still based on the same recipe we already saw in many of this year’s episodes: real life Donald Trump events. Alec Baldwin and Melissa McCarthy both returned to reprise their now-famous impersonations of Trump and Sean Spicer, and the results were hilarious.

In the cold open, Trump talks with vice president Mike Pence (Beck Bennett) about the many achievements during his first 100 days in office. He then proceeded to choose his next top advisor between Steve Bannon and Jared Kushner in Apprentice-like manner, with Jimmy Fallon playing Kushner. One of them is sent back to hell, and the other gets to sit in the Oval Office — but we won’t spoil the surprise for you.

This time, Spicer is dressed in a bunny suit right on top of his regular suit, and he addresses some of the events from this past week. He also fesses up to the only mistake he ever made. He then goes on to explain the Hitler comments in the wake of the Syria bombing before moving straight to explaining Passover with props. The sketch winds down after that, but not before Spicer delivers one last great piece of news. The entire thing is absolutely hilarious, and you need to watch it right away: