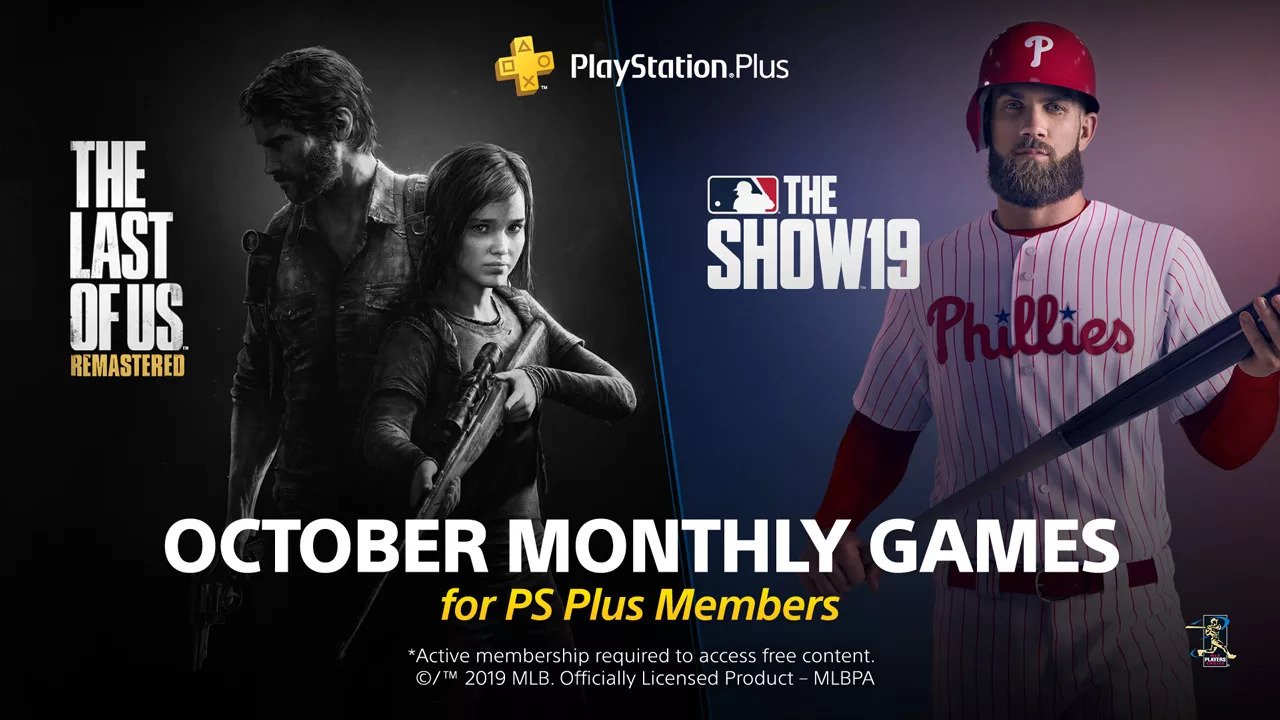 Sony’s hot streak of free games for PlayStation Plus subscribers continues as two first-party, triple-A titles are being given away in October. This is precisely what PlayStation 4 owners were hoping for when Sony opted to stop giving away PS3 and PS Vita games — they wanted quality over quantity, and they’re getting it next month.

The biggest surprise is the addition of MLB The Show 19 to the PS Plus lineup, as the game is only a few months old. It was also incredibly well-received, so if you’re looking for a good baseball sim, this is the game to get. But the other title is no slouch either, as the remastered version of The Last of Us will give PS4 owners a chance to play through the original game ahead of the sequel’s launch, which was just revealed to be February 21st.

Here’s the complete lineup of free PlayStation 4 games available to PlayStation Plus subscribers in October:

Both games listed above will be free to download starting on Tuesday, October 1st. As always, you will need to have an active subscription to PlayStation Plus in order to download them for free. You will also need to either keep paying for or restart your subscription in order to keep them, even if you downloaded them for free. And don’t forget — every free game from September is still available until the new Instant Game Collection arrives next week.