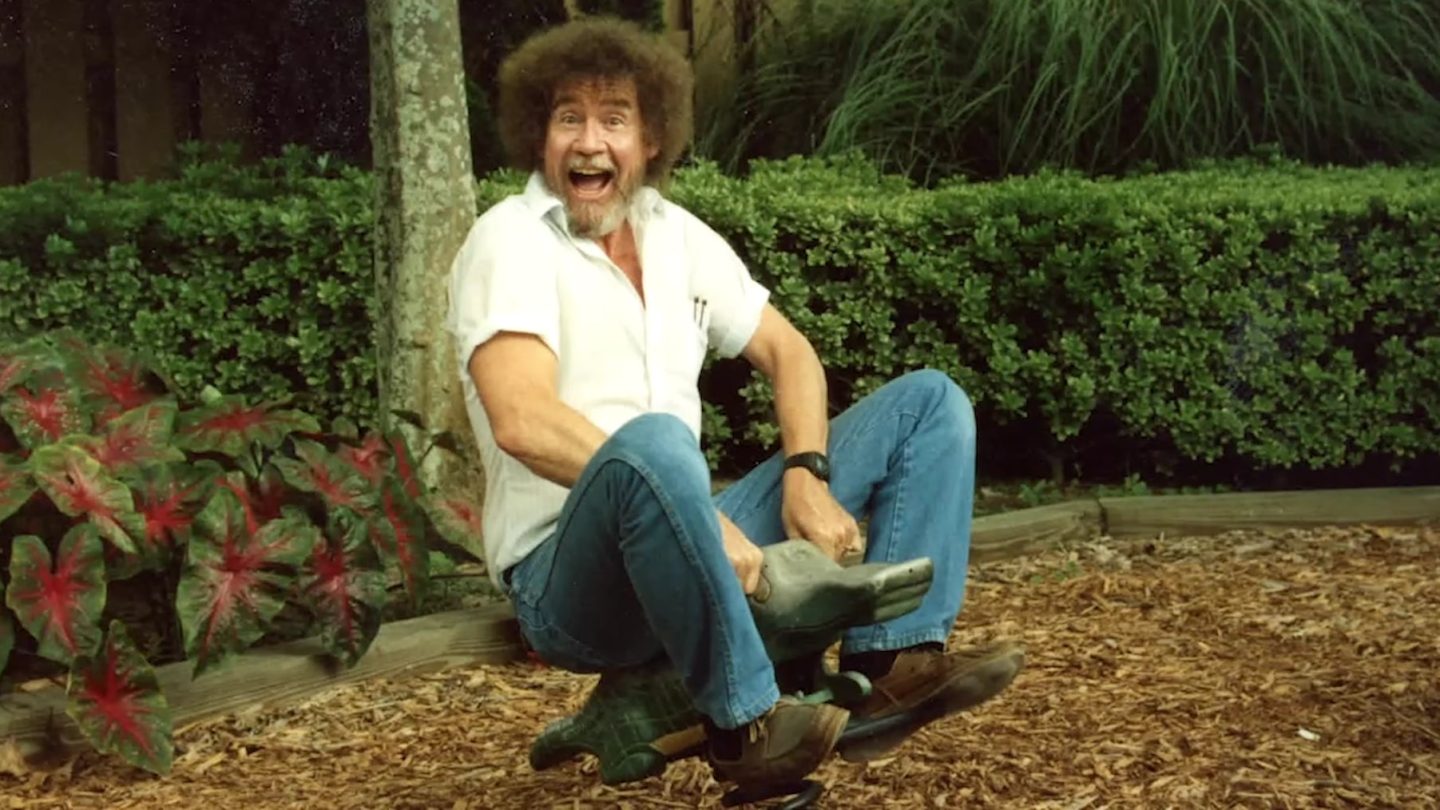 When the trailer first dropped and the initial details were shared for the newly released Bob Ross Netflix documentary, many people had the same reaction. A kind of collective gasp, and a holding of their breath. Not Bob Ross, everybody’s favorite meme-friendly, soft-spoken painter! What’s he done? What secrets are there in his closet that are going to cause all of us to re-evaluate our affection for him?

Turns out, the fear was misplaced. This is not about things that Ross has done, but things that have been to him. And in his name. Spoiler alert, you’ll leave this roughly 90-minute Netflix film (Bob Ross: Happy Accidents, Betrayal & Greed) with your pre-existing impressions intact of the painter who, at least on TV, came across as possessing a kind of Mister Rogers-level of Zen. He was, during his life, a prolific landscape artist who hosted the beloved TV program The Joy of Painting. But, of course, there’s a lot more to the story.

“With a keen appreciation for nature, and a kind and gentle demeanor, Bob Ross encouraged everyone he met to embrace their creativity and believe in themselves,” Netflix’s official synopsis reads. “Becoming a cultural phenomenon along the way. The man who famously said that there were no mistakes — just happy accidents — has brought sheer delight to the world for decades. Beyond the iconic hair, soothing voice and nostalgic paintings lies a mystery that many have yet to discover.”

What’s so surprising to viewers of this film is the extent to which bitter legal disputes and contentiousness over the painter’s legacy among those who knew and worked with him remain. Even to this day.

Bob Ross: Happy Accidents, Betrayal & Greed is a maddening documentary about what actually went down behind the scenes of The Joy of Painting … but rest easy knowing that the biggest revelation about this truly wonderful man is he secretly permed his hair. pic.twitter.com/Hq5VyFk1wU

Shocking as it might sound, Ross — who also served in the air force for a couple of decades — ended up creating more than 30,000 paintings during his lifetime. Up until his death at age 52, from lymphoma.

His voice and big hair were trademark qualities also beloved by adoring fans, who Ross showed how to paint beautiful scenes of nature with “happy little clouds” and trees. And there were never any mistakes in his art. Just “happy little accidents” that could be painted over with the ease of breathing. “We want happy paintings,” Ross once said. “Happy paintings. If you want sad things, watch the news.”

Audiences and critics have both reacted pretty positively overall to the documentary. In terms of its quality, that is, as opposed to the revelations herein.

The film currently has an 80% audience score on Rotten Tomatoes, as well as a 72% critics score. Those critics include CNN’s Brian Lowry, who noted that, fortunately, this movie won’t “ruin anyone’s childhood.

“But it does reflect the difficulty of remembering such personalities in pastel-hued colors, especially when green enters the picture.”