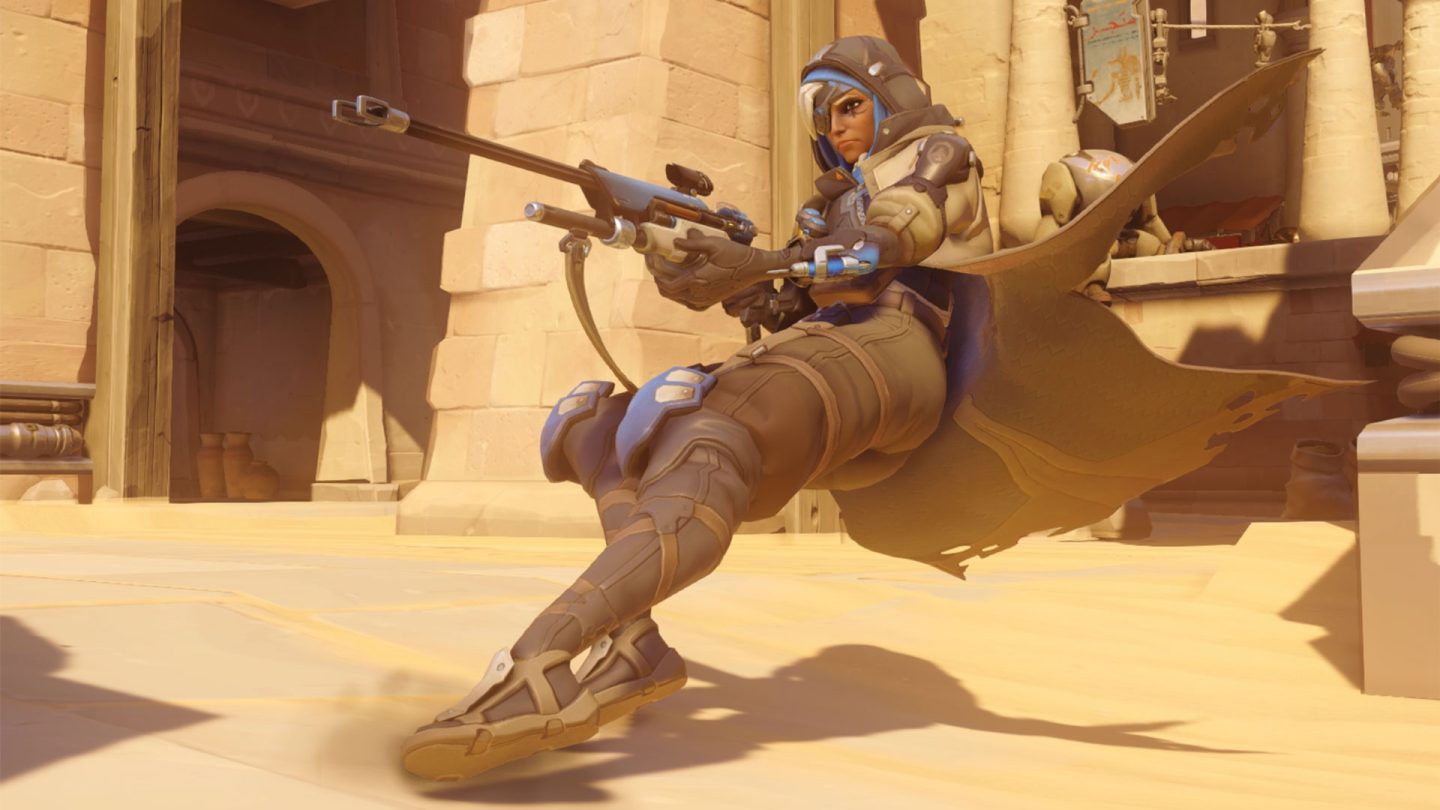 After weeks of teases, Blizzard finally unveiled Ana, a new hero for Overwatch, on Tuesday. Ana is not only the first hero to be added to the game since it launched on May 24th, she’s also the mother of Pharah, another of the game’s heroes.

Unlike her rocket launcher-wielding daughter, Ana is a support hero, equipped with a Biotic Rifle which “shoots darts that can restore health to her allies or deal ongoing damage to her enemies.”

Along with the rifle, Ana also has a sleep dart that can temporarily knock enemies out, a Biotic Grenade which heals allies and damages enemies in a small area of effect and a Nano Boost which allows allies to move faster, pump out more damage and take less damage from players on the opposing team.

As promised, Ana (along with all future characters) will be completely free to play as soon as she is added to the game. Although not everyone was enthused with the fact that Overwatch was going to be a premium game, the addition of free maps, modes and characters makes it a little easier to swallow.

If you want to see Ana in action, you can watch this gameplay video:

And if you want to know more about her background, watch this too: