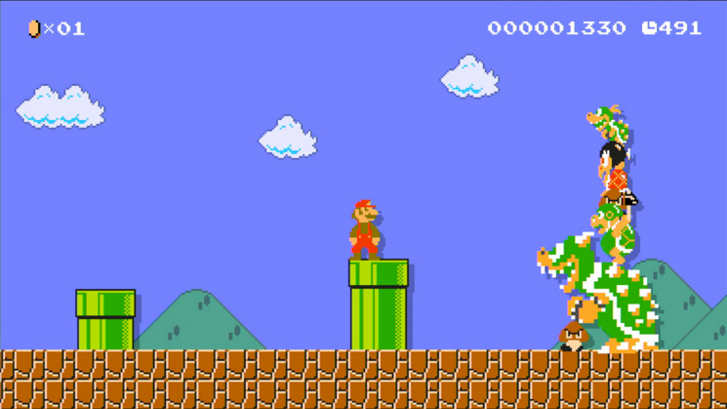 When Nintendo unveiled its first smartphone app last year, gamers were disappointed, to say the least. Rather than port a 2D Mario game to iOS and Android or build a brand new experience around one of its famous characters, Nintendo opted to create a social messaging application called Miitomo.

It wasn’t what fans were expecting, but a new report hints that the next app will be more in line with what the Nintendo faithful would want from the company.

According to The Wall Street Journal, Nintendo promised that its next app would feature a character that every Nintendo fan should be familiar with. The company didn’t specify which character it would be, but it’s hard to imagine many more months going by without Mario making an appearance on mobile.

“The second game won’t be another communication app, and we plan to adopt one of our characters that fans are very familiar with,” Nintendo CEO Tatsumi Kimishima said.

Additionally, Nintendo announced on Wednesday that smartphone owners will be able to pre-register for its Miitomo app beginning on February 17th by signing up for the new Nintendo Account service. Anyone who signs up for an account will be notified as soon as Miitomo launches in March, and will also receive a “special bonus” in the app.

Finally, the My Nintendo rewards program, which is taking the place of Club Nintendo, will launch in March alongside the Miitomo app as well.