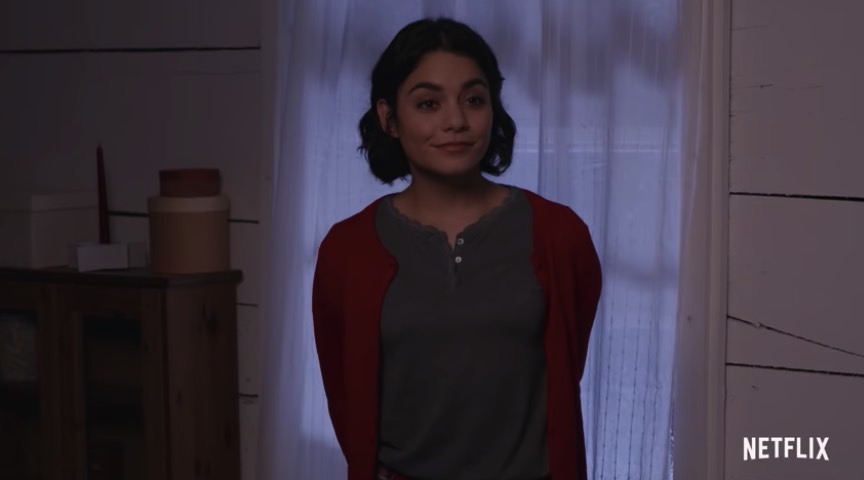 You can tell we’re getting closer to Christmas because many of the movies you’ve been dying to see are about to come out. And this week we’ve got a trio of premieres that sound pretty exciting.

First of all, there’s the new Grinch movie with Benedict Cumberbatch voicing the classic Christmas hater. Then there’s Overlord, a World War 2 what-if story that involves zombie-like soldiers fighting in the days following D-Day. Finally, The Girl in the Spider’s Web also launches this weekend, which is probably a must-see for anyone who’s seen the first film or read the famous books. Plus, The Crown and First Man star Claire Foy is in it.

We also have a bunch of new trailers for you, including a few trailers for Netflix films coming to your streaming device in the coming days, although some of them will launch in theaters first. Here goes:

I just can’t get as excited about the DC Universe as I do about pretty much every Marvel movie that comes out. I’ll still see Aquaman when it launches next month, but I’m not feeling it. Here’s a new clip for the Jason Momoa film:

A sci-fi thriller set in the not too distant future, Captive State imagines our planet being controlled by aliens. Your only options are to resist or collaborate with the new masters.

Here’s one Fantastic Beats clip you absolutely need to see. It’s not exactly a trailer, but it’s even better than that. The teaser is packed with pivotal scenes from the Harry Potter saga and their connections to the Fantastic Beats universe.

Missing Link is precisely the kind of tale you expect, about that missing link we, as a species, have been looking for. By film, I mean hilarious animation, of course, one with an incredible cast, including Zoe Saldana, Hugh Jackman, Zach Galifianakis, Timothy Olyphant, Emma Thompson, and many others.

Launching on December 14th, Mortal Engines is Peter Jackson’s brand new daring adventure. Earth is gone as we know it, having been destroyed by some cataclysmic event. Roaming it are these strange contraptions, these Mortal Engines, which happens to be cities on wheels. Here’s an extended look:

Mowgli: Legend of the Jungle

Yes, it’s time for a new Jungle Book story, but this time around it’s coming to Netflix (December 7th) and has Andy Serkis in the director seat. Here’s the latest trailer for the film.

If there’s one reason I want to see Spider-Man: Into the Spider-Verse it’s because I thoroughly enjoyed the Spider-Verse clip that made it into the credits scenes of Venom. More Spider-People in the same universe? Color me excited. The animated feature launches on December 14th.

The Ballad of Buster Scruggs

The Ballad of Buster Scruggs is a Netflix movie that will hit theaters (November 8th) a week before it launches online (November 16th), and the reason it should be on your list is that it’s a Coen brothers’ western:

I don’t know about you, but I’m a sucker for Christmas movies, no matter how corny they might be. The Princess Switch isn’t something I’d want to watch in theaters, but the film is hitting Netflix next weekend. That’s all I need to know.

If you wanted a sequel for The Secret Life of Pets, well, you’re in luck. The second episode in Illumination’s new franchise comes next summer and here’s what it looks like:

The final animated feature of the list is called UglyDolls, a story about a magical place where ugly dolls abound. Expect a lot of dolls and a lot of singing courtesy of Kelly Clarkson, Blake Shelton, and Pitbull to name a few. The film is out on May 10th.