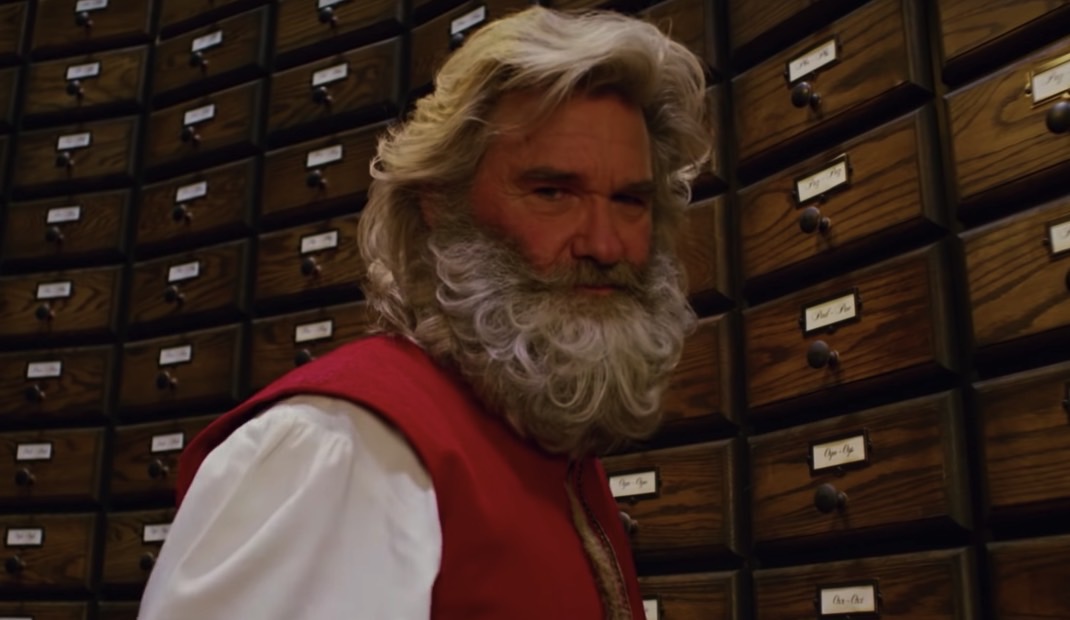 I watched Venom last weekend, and I still don’t know what to make of it. It sure was fun to see Tom Hardy playing Venom, and the action scenes were spectacular. It’s just that the whole story wasn’t all that interesting to follow. I will say, though, that I’m looking forward to a sequel, mostly because of the credits scenes, but also because I look forward to seeing Hardy play the character some more.

This week, we’ve got First Man hitting cinemas around the world, which should be interesting. Bad Times at the El Royale also opens, as does Beautiful Boy. We also have a busy week when it comes to trailers, thanks to all the clips that were launched at New York Comic-Con — let’s dig in!

Disney’s Aladdin returns to the big screen with this live-action remake. Remember the new Beauty and the Beast? is doing the same thing with Aladdin, which premieres on May 24th. So far we only have a teaser clip for you, so we’ll have to wait for a full-fledged trailer. But we do know that Will Smith is playing the Genie, with Mena Massoud and Naomi Scott on Aladdin and Jasmine duties, respectively.

The game’s afoot, DC Comics fans. We already saw Jason Momoa playing Aquaman in the first Justice League movie. But Aquaman is going to be all about this particular superhero. This new extended video tells you everything you need to know about the film.

Ben (Lucas Hedges) returns to his home on Christmas Eve, catching his mother Holly (Julia Roberts) off guard. But Ben is in some serious trouble. This heartbreaking story premieres on December 7th.

Who could have predicted many years ago that Unbreakable would turn out to be the first part of a complicated M. Night Shyamalan superhero universe? Then we saw Split, and all became clear. Glass is the next chapter in the series, launching on September 18th.

Speaking of trilogies, the next chapter in the How to Train Your Dragon series is almost here, and we’ve got a brand new teaser for The Hidden World for you.

Amber Heard in London Fields plays Nicola Six, a woman with some sort of clairvoyant superpower, and all the men who pop up in her life want her dead. The rest of the cast is quite extraordinary too, including Cara Delevingne, Billy Bob Thornton, Jim Sturgess, Jason Isaacs, and Johnny Depp, to name just a few.

Autonomous cities on wheels assimilating other towns by force sounds as crazy as it gets. Yet I can’t look away, and I’m interested to see these strange contraptions at work. Peter Jackson’s Mortal Engines debuts on December 14th.

If there’s one horror trailer you need to watch today, it’s the trailer for the brand new Pet Semetary. Yes, it’s based on Stephen King’s novel, but it’s a remake. And this first trailer tells us what to expect from this scary tale.

What happens when game characters discover the internet? They will break it. The Wreck-It Ralph sequel launches on November 21st; we’re almost there.

The Best of Enemies

The Best of Enemies tells the true story of a civil rights activist and her fight over school integration in the early 70s. Taraji P. Henson and Sam Rockwell play the enemies, which is all you need to know to want to see it.

Christmas is in danger, folks! Again. This time it’s a Netflix Christmas, and Kurt Russell is on call as Santa. If you’re a Christmas movies fan, then you’ll be able to catch this one as early as November 22nd, as long as that Netflix login you have handy still works by then.

The Night Comes for Us