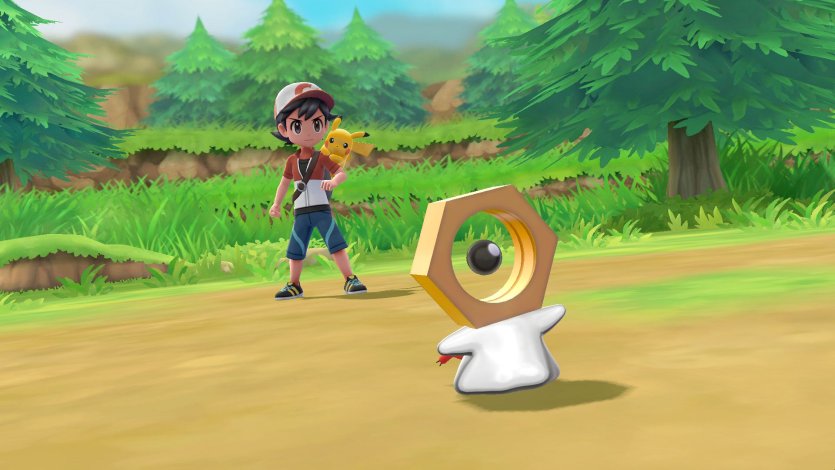 Over the weekend, Pokemon Go fans the were intrigued by the sudden appearance of an unfamiliar Pokemon with a hexagonal nut on its head and a body similar to that of a Ditto. No one could decide if it was a glitch, an accident, or a genuine mystery concocted by the development team, but on Tuesday, The Pokemon Company finally came clean. It turns out that the odd creature is actually a brand new Pokemon species called Meltan.

According to a new post on the website for the upcoming Pokemon: Let’s Go games, Meltan is a “Hex Nut Pokemon,” a Steel-type, and weighs nearly 18 pounds despite standing just a few inches tall. Its body is made from liquid metal, and it generates electricity using metal it corrodes and absorbs. That electricity is used for attacks.

It looks like the Meltan mystery is just beginning to take shape, but it’s clear that the new Pokemon will play a role in both Pokemon Go and the upcoming Switch games Pokemon: Let’s Go, Pikachu! and Let’s Go, Eevee!

“Many reports have come in about sightings of Ditto in Pokémon GO that have transformed into Meltan,” the website for Pokemon: Let’s Go explains. “The number of sightings has significantly decreased over the past few days, but it appears these “Meltan” are still appearing in various areas. Research is being conducted on these appearances of Meltan, but we have learned that Pokémon GO is somehow key to meeting this curious new Pokémon in Pokémon: Let’s Go, Pikachu! and Pokémon: Let’s Go, Eevee! We’ll be sure to provide updates as we discover more!”