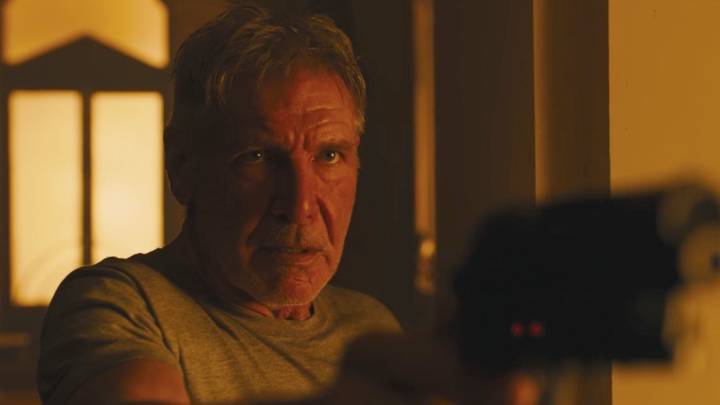 Coming out on June 30th, 2:22 is a strangely titled thriller about a man who’s able to see bad things happening. And they all happen at precisely 2:22.

What if aliens gave someone the power to do absolutely anything you wanted, so they decide whether this planet should be spared or destroyed? What if that someone would be Simon Pegg? Absolutely Anything has a May 12th release date for the US, which means you can already see it in cinemas.

Speaking of cool things, we’re finally getting that Blade Runner sequel we’ve been waiting for. Harrison Ford returns to one of his famous roles on October 6th. Ryan Gosling is also here to pick up the baton.

And here’s the latest trailer for one other sequel you might want to see this summer, Cars 3. A new animation about an old car, Cars 3 launches on June 16th.

Game Over, Man! is a new Netflix movie set to debut on April 20, 2018. That’s 4/20, and it’s relevant because it’s a story about video games, terrorists, and plenty of drugs.

Girls Trip is like Hangover but with. There’s nothing wrong with that aside from the fact that we’re still getting Hangover movies. That said, the flick launches on July 21st.

We already talked about It earlier this week, as we got the first official full trailer for the movie. Stephen King’s scary movie hits cinemas on September 8th, so get ready for some Stranger Things-like scary stuff but with clowns.

Yeah, so what if a Hangover movie with women would also come with hints of Weekend at Bernie’s? That’s what Rough Night is about, and the dead guy is a stripper. Scarlett Johansson, Kate McKinnon, Zoe Kravitz, and Jillian Bell are the friends that are about to get into trouble. The movie hits on June 16th.

There’s absolutely no way I’m missing The Hitman’s Bodyguard. We’ve got Ryan Reynolds and Samuel L. Jackson playing a bodyguard and a hitman, respectively, and that’s really all I need to know. But that’s just me. The movie launches on August 18th, so you’ve got plenty of time to make up your mind.

This story is also about assassins, but it’s a thriller, not a comedy. Sam Worthington is a hitman who’s going to help someone avenge her family. The Hunter’s Prayer hits cinemas on June 9th.

It’s technically the international trailer for Thor: Ragnarok, but it’s still a new trailer that you need to see this week. You’ve got plenty of waiting for it, though, as the next installment in the Thor saga only launches on November 3rd.

We’ve got a new trailer for Netflix’s War Machine, a movie that’s gonna give us a profoundly ironic view of a very serious war. And it looks like Brad Pitt is a great fit for this particular role, just watch the newest trailer:

The final Wonder Woman trailer is here, not that we need any more convincing that we simply have to see this movie. It won’t be long now, come June 2nd, Wonder Woman will be available in a theater near you.