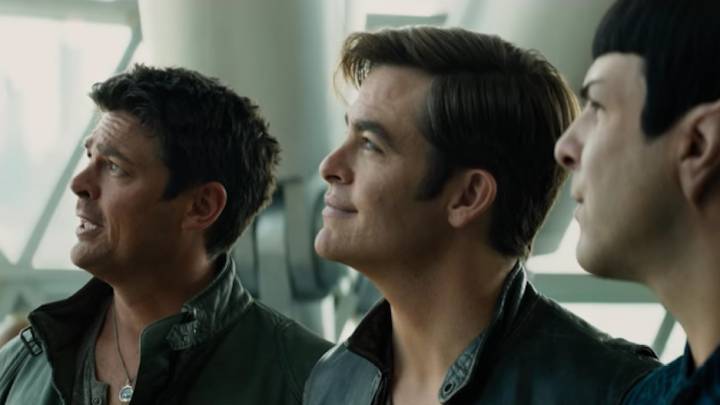 It’s that time of the week, movie fans, when we look at some of the exciting new trailers that hit the web and theaters this week. We’ve got an interesting selection of titles for you, so get your popcorn ready – I’m not joking, we’ve got plenty of ground to cover, with a whopping 17 new trailers to check out.

If you love sports, and boxing in particular, then you might want to jot down this movie title: Bleed for This. It premiers on November 23rd and it’s based on the real life of Vinny Pazienza, a boxer who made a spectacular comeback after surviving a car crash that could have crippled him for life.

Some of you will have to see the previous Bridget Jones movies to understand this one – that’s assuming you somehow haven’t seen any of them or haven’t been coerced into watching them already. That said, Bridget Jones is still the same Bridget you’ve grown to love (or hate), only this time around she’ll have a baby. And it’s complicated. The movie launches on September 9th.

Not to be confused with Ghostbusters, Ghost Team is a comedy about the paranormal hitting screens on August 12th. We’re looking at your average dude who’s simply looking to understand said paranormal, even if that means hiring other regular people to help. Jon Heder, David Krumholtz, Justin Long and Melonie Diaz star in this one.

You’ve probably heard the saying “come hell or high water,” so now it’s time to see a Hell or High Water movie. The crime story stars Ben Foster, Chris Pine and Jeff Bridges, telling the tale of two brothers looking to save their family farm. Oh, one of them is an ex-con, if it matters.

When Silicon Valley’s Thomas Middleditch makes a comedy, you have to check out the trailer at least. Joshy premiers on August 12th and it’s about Josh, who’s looking to fix some of his relationships with the help of his bachelor party. Nothing can go wrong there. Adam Pally, Aubrey Plaza and many others star in this one.

We talked about Morgan before, but we have a new trailer for this thriller due September 2nd.

It was about time for a new Jason Statham movie, and that’s what Mechanic: Resurrection happens to be. Launching on August 26th, the movie is a sequel to The Mechanic (2011), itself a remake of the 1972 Charles Bronson movie of the same name. Arthur Bishop (Statham) is back to kick some ass, and Jessica Alba and Tommy Lee Jones join him.

We’ve seen Star Trek Beyond trailers before, the third episode in the new Star Trek trilogy, but this time around we have one that features Rihanna’s new Sledgehammer single.

Remember that airplane pilot by the name of Chesley Sullenberger who landed a plane in the Hudson River, saving the lives of all 155 passengers on board in the process? Well, Sully, premiering September 9th, is a dramatized version of that real-life story. Playing Sully is Tom Hanks, and directing him is Clint Eastwood. So this is one of the movies we’ll definitely want to see this summer.

Tallulah is coming straight to Netflix, which means you’re not going to have to get out of your PJs for this one. Tallulah is a movie about unexpected parenthood and family relationships, starring Ellen Page, Allison Janney, Zachary Quinto and Uzo Aduba. You can stream it on July 29th.

The 9th Life of Louis Drax

Morgan isn’t the only mystery hitting theaters this year. The 9th Life of Louis Drax is about a psychologist looking to help a young boy after a terrible accident. Jamie Dornan, Sarah Gadon, Aaron Paul and Aiden Longworth will show us the world where reality is harder to distinguish than you’d expect.

A film with Tom Green about frat life…

Did we really need one more movie about fraternities and/or sororities this year? Well, considering that the other one was a sequel, it seems audiences sort-of love this kind of goofy movies\. Total Frat Movie comes out September 23rd if you really must see it in the theater.

The creators of Shrek made Trolls, an animation about a bunch of trolls who are up to something. The cast is spectacular, including Anna Kendrick, Zooey Deschanel, James Corden, Christopher Mintz-Plasse, Justing Timberlake (who just launched a new single for the movie), Gwen Stefani, Russell Brand and many others. Trolls hits cinemas November 4th.

The monster in Lights Out only comes out when it’s dark. But in Viral, bad things will happen all the time. This sci-fi horror movie premiers later this month, on July 29th. We’re looking at a post-apocalyptic scenario for mankind: a virus has wiped out most of the population, and escaping it is a matter of life and death.

War Dogs is a war movie that’s also a comedy, and it’s inspired by real life events. It’s the story of two young entrepreneurs who scored a massive Pentagon contract to arm America’s allies in Afghanistan. Here’s a new trailer for the movie, ahead of its August 19th launch:

We’ve seen this father-against-boyfriend type of picture a thousand of times, and it’s always funny. In Why Him? we have Bryan Cranston and James Franco facing off. One is the father and the other is the rich boyfriend. Why Him? comes out Christmas Day.