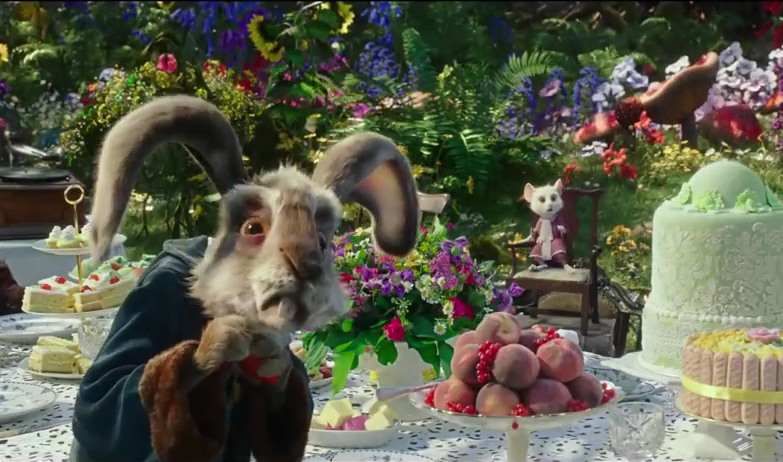 It might be April Fools’ today, but it’s also a Friday, which means it’s time to look at a new set of movie trailers. We have a bunch of interesting new clips for you, including the second trailer of Alice Through the Looking Glass. Somehow, though, comedies and horror titles abound this week, which means you’re bound to find some movies to look forward to no matter what your favorite genre.

DON’T MISS: April Fools’ roundup: All the best jokes from around the web

Alice Through the Looking Glass

The second official trailer for James Bobin’s Alice Through the Looking Glass is out and it shows us what’s next for Alice and the Mad Hatter. If you liked the first episode, then you’ll probably love the sequel of this dark Alice world. Johnny Depp, Anne Hathaway, Helena Bonham Carter are in it, with the film set to premiere May 27th.

Everybody wants some, right? At least that’s what this comedy tells us. We’ve got a group of baseball players who’re looking to survive college. Everybody Wants Some!! Launches on April 8th, starring Blake Jenner, Juston Street, Ryan Guzman and Tyler Hoechlin.

Nothing good happens when the lights are out, especially when they go out in horror movies. In Lights Out, due July 22nd, a creature comes out to play when the lights go out. Imagine that! The movie stars Teresa Palmer, Maria Bello, and Billy Burke, and promises to be pretty scary. Check it out:

Men & Chicken is also a comedy you should be keeping tabs on. The movie launches April 22nd and it tells the story of two brothers, their complex relationship, and their families. It’s a dark comedy, so you can expect some unusual family stories in this one. Mads Mikkelsen, David Dencik, Nikolaj Lie Kaas and Soren Malling star.

This April, Mother’s Day is a star-packed comedy telling the story of various moms who happen to be on a collision course. You’ll instatly recognize Jennifer Aniston, Julia Roberts, Kate Hudson, Timothy Olyphant, Jason Sudeikis and others in this one. Mother’s Day comes out April 29th.

This comedy is partially about Shakespeare’s Midsummer’s Night’s Dream. But mostly, it’s about the opening night for the high school production of this particular dramatic masterpiece. Opening Night… opens on May 6th and features Anthony Rapp, Cheyenne Jackson and Jessica Richards.

The Faith of Anna Waters

Launching on May 6th, and initially known as The Offering, The Faith of Anna Waters is a horror story. So if you get scared quite easily, look away. On the other hand, if you’re looking forward to such movies, then this might be the kind of mysterious, spooky drama you’ve wanted.

The Girl in the Cornfield

This really isn’t your day if you’re not of a fan of dark horror movies. The Girl in the Cornfield also happens to be a mystery movie that revolves around some horrific secrets. Starring Briana Aceti, Madeline Lupi, Tina Duong, and Mollie Sperduto, the movie comes out on May 13th.