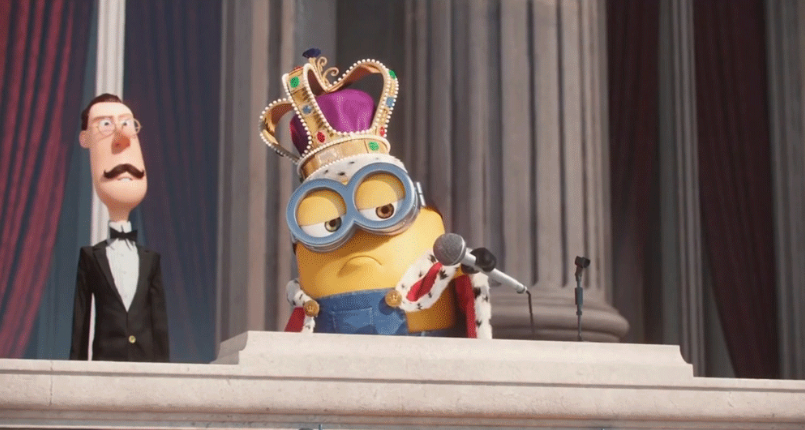 It’s April 1st, which means that you should distrust almost anything you see on the web today. Tech companies in particular love to prank their fans by unveiling ridiculous fake products on April Fools’ Day and we’ve rounded up some of their best efforts this year. In fact, you may have already heard about one of them: Google’s Gmail Mic Drop feature, which the company quickly pulled after it reportedly cost some people their jobs. Oops!

Here are some other ones you may have missed.

Apple may not be looking to prank anyone today, as it celebrates 40 years of being in business. Nonetheless, a pirate flag can be seen outside its headquarters in Cupertino, California (via 9to5Mac).

The search giant has a bunch of pranks in the works today, in addition to the now-infamous Gmail Mic Drop.

In Inbox, you can use Smart Emoji replies. Just try to reply to a message and you might get something like this:

The emoji revolution isn’t quite done for Google. Inside Photos, you’ll be able to search by emoji, as long as those emoji are dogs.

Google Maps has a Funky Town to explore today. You can “Explore Funky Town” both online and offline, and it looks something like this (via Android Police):

Furthermore, inside Google Maps, you’ll find a new pegman in the main interface (via Slashgear).

Google Cardboard fans will finally be able to explore actual reality with Cardboard Plastic. Just put it on, and you’ll see the entire world around you just as you would by not using it.

Google’s Nat and Lo, meanwhile, reveal that that Google’s Quantum AI Lab has discovered a small ball of yarn. You know string. For cats. Check out the video.

You know the Mountain from Game of Thrones, right? You’ll definitely love his Heavy Bubbles water then.

The automaker wants to connect man and woman to machine. Meet V-LCRO for Lexus vehicles.

Alternative taxi app Lyft has figured out a Prank Mode ride for April Fools’. Just request a prank mode for your friends, and you might get something like this:

Miss cleaning your mouse? Logitech can help with a product revival.

We’re used to seeing mostly gaming-related products from Razer. But this changes today, as the company shared details about a Project Breadwinner. Yes, it’s a toaster that has led lights, a Razer logo, and what look like headphone jacks.

Forget the Internet of Things — Samsung this year launched the Internet of Trousers. That’s probably because you can’t have enough smart pants around the house. You can expect features like Wi-Fly, Get Up alert, and Keep-Your-Pants-On mode.

Samsung also teased a Galaxy S8 the other day, but we all know why that happened.

Sony has come up with an amazing prank this year. It made the first ghost-catching device, a gadget that Ghostbusters fans will appreciate. Check it out below:

Forget the hugely popular Tesla Model 3 that’s selling like hot cakes. Tesla has a Model W for you. A wristwatch.

T-Mobile has a BingeOnUp device that lets you watch whatever you want, whenever you want to do it. “Netflix and chill” from everywhere and Real Reality are included.

Are you in for Selfie-Driving? Zipcar’s got you covered:

We’ll update the list above throughout the day, so keep coming back for more tech-related April Fools’ pranks.