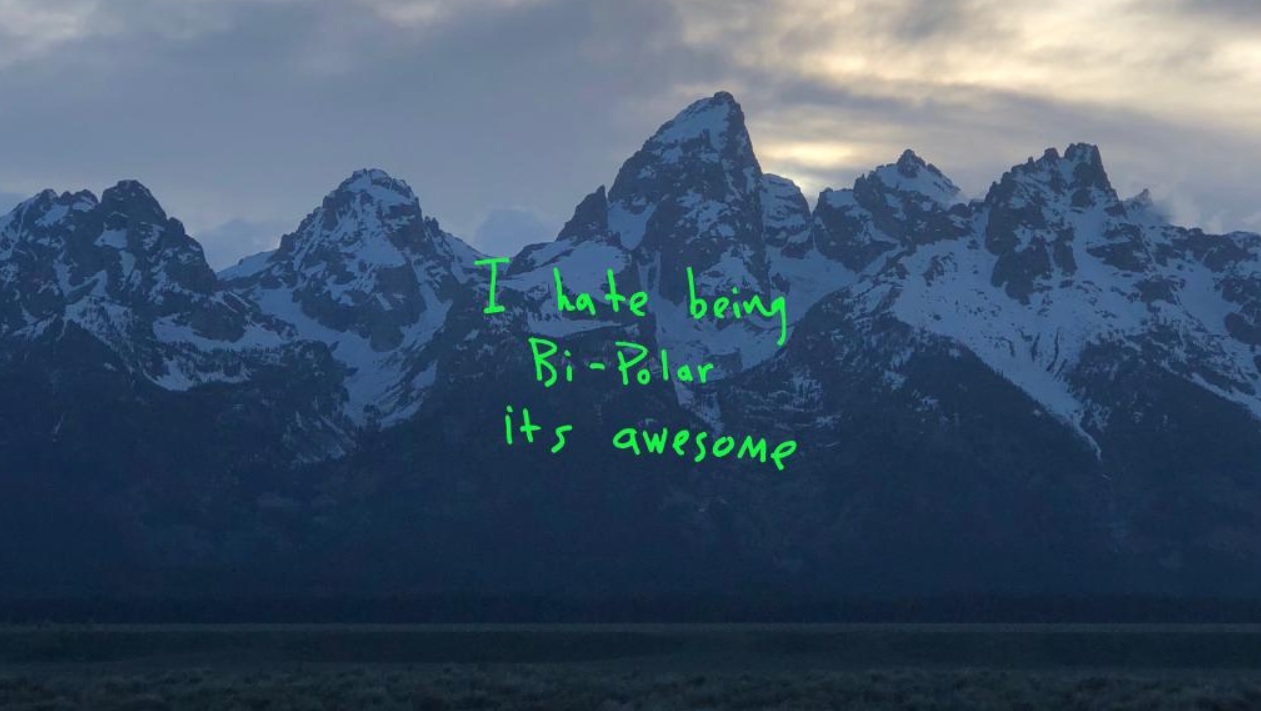 Kanye West is many things to different people. To some, he’s nothing short of a musical genius with an unrivaled catalog of influential albums. To others, he’s a rapper well beyond his prime who now spends too much time sending out bizarre tweets. Regardless of where you fall on the Kanye spectrum, one thing that no one can deny is that Kanye is relevant. If you’re inclined to disagree, look no further than the recently released and widely praised Pusha T album Daytona which was produced by — you guessed it — Kanye West.

Kanye’s tweets over the past few weeks may have made headlines, but the man has been putting in work in the studio when not busy stirring the pot online. Just a few hours ago, Kanye released a brand new album titled Ye and the album, as you might expect, is already causing a bit of controversy. The album art itself is pure Kanye as it features a landscape with the following tagline: “I hate being Bi-Polar its awesome.”

Who knew Ye had a sense of humor?!

The album itself features a number of A-list artists such as Kid Cudi and Nicki Minaj. Not surprisingly, West’s lyrics cover a wide range of topics, with the rapper not afraid to touch on Donald Trump’s affair with Stormy Daniels and the more recent incident involving Tristan Thompson cheating on a pregnant Khloe Kardashian.

Though Kanye’s last album debuted exclusively on Tidal, things are much different this time around. If you want to check out Kanye’s latest work, you can stream it right now either on Apple Music or via Spotify.