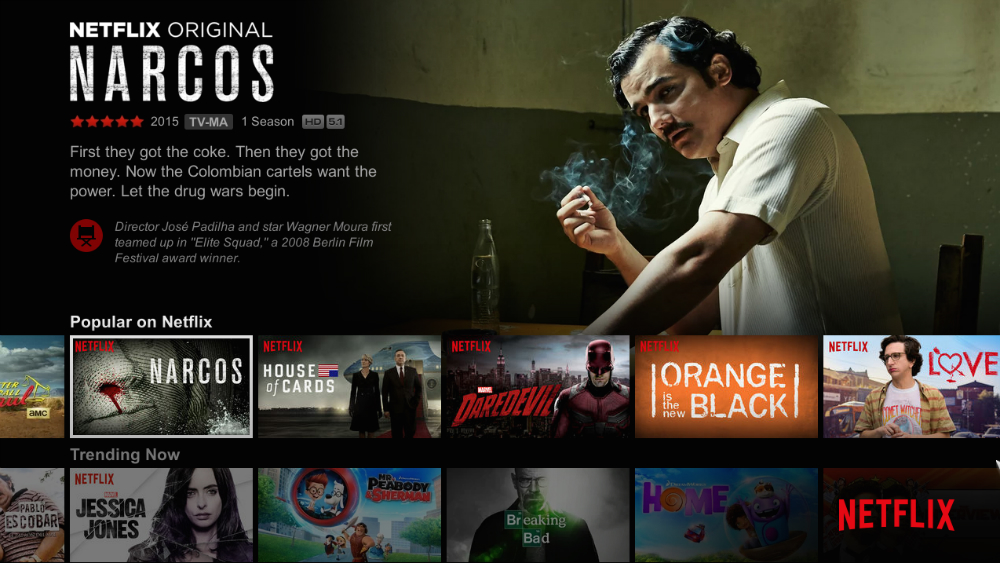 Netflix is no stranger to abrupt transformations. In fact, you might say that the company’s entire history has been defined by it. Netflix first burst onto the national stage as a company that mailed out DVDs to customers all across the country. At the height of the DVD-by-mail boom, it almost seemed as if Netflix’s recognizable red and white envelopes were as ubiquitous as those free AOL CDs from the early-to-mid 90s.

Netflix’s popularity and ongoing growth beginning in the early 2000s was undoubtedly impressive, but Netflix CEO Reed Hastings sensed a sea change was on the horizon. With the proliferation of high-speed Internet access, Hastings had the foresight to realize that the Internet, as opposed to physical media, would serve as the backbone of a new age of media consumption. So in a transformation that was ahead of its time, albeit executed poorly at first, Netflix began to slowly shift the focus of its business model towards online streaming.

The gamble paid off swimmingly for Netflix, but the company soon encountered blistering competition from all angles and from big players like HBO and Hulu. More importantly, as Netflix’s popularity and catalog of content began to skyrocket, cord-cutting became a viable alternative to hefty cable subscription fees. In time, some content providers began to view Netflix as a competitive threat to their own business models.

Instead of focusing exclusively on shoring up its content library with well-known TV shows and movies, the company turned its attention towards delivering original content. The business underpinnings of this decision were unabashedly brilliant. Not only would original content help differentiate Netflix from a growing field of competitors, it would also serve to lessen the company’s reliance on third-parties who were growing increasingly wary of the threat Netflix posed. Instead of being held hostage to others, Netflix sought out to create its own destiny.

And so, Netflix’s laser like focus on original programming began and hasn’t slowed down since.

These days, Netflix is seemingly obsessed with rolling out more original programming than most fans can keep up with. In 2016 alone, the company has plans to introduce more than 600 hours of original content. Impressively, Netflix has also taken steps to cater to all types of viewers. Today, Netflix’s stable of original content spans every genre imaginable, from cartoons (BoJack Horseman) and documentaries (Making a Murderer) to political thrillers (House of Cards) and dramedies (Orange is the new Black) and everything in between.

As Netflix’s focus on original programming ballooned, the company became more and more willing to let pricey licensing deals expire. Most recently, Netflix opted not to renew its licensing deal with Epix and in the process lost access to thousands of films, including popular titles like The Wolf of Wall Street and The Hunger Games: Catching Fire.

Though Netflix is already obsessed with rolling out original productions, the company plans to up the ante considerably in the coming years. Looking ahead, Netflix envisions a future where at least 50% of its content is comprised of original programming.

As reported by our sister site Variety this week, Netflix CFO David Wells, while speaking at the Goldman Sachs’ Communacopia conference this past Tuesday, said that Netflix’s aim regarding programming was to reach a 50/50 split between original programming and licensed material.

The goal for Netflix is to release something that appeals to each individual subscriber, every single month, according to Wells, and on that front “we’ve got a ways to go” across different genres and formats. He added, “The nice thing about the platform is it allows a lot of creative freedom,” allowing for episodes of varying lengths.

Interestingly, Wells added that Netflix is now about “one third to halfway” towards reaching that goal.

While there is something to be said for licensing well-known content that is already audience tested, it’s hard to argue with Netflix’s batting average vis-a-vis original programming. The company simply has a knack for delivering great programming across the board. More than that, many of its hit shows routinely become mainstream phenomenons, with the recent release of Stranger Things being a prime example.

Looking back, Netflix’s metamorphosis is truly impressive. Once a company known for sending customers DVD’s of LOST in the mail, the company today arguably boasts the most varied selection of compelling and original content on the planet.

For years, Netflix has said that its goal is to become HBO faster than HBO can become Netflix. Now you may dispute whether or not Netflix is there just yet, but with the company’s laser-like focus on original programming now becoming something of an obsession, it’s probably just a matter of time before Netflix’s latest transformation is complete.

And then it’ll be onto the next one.