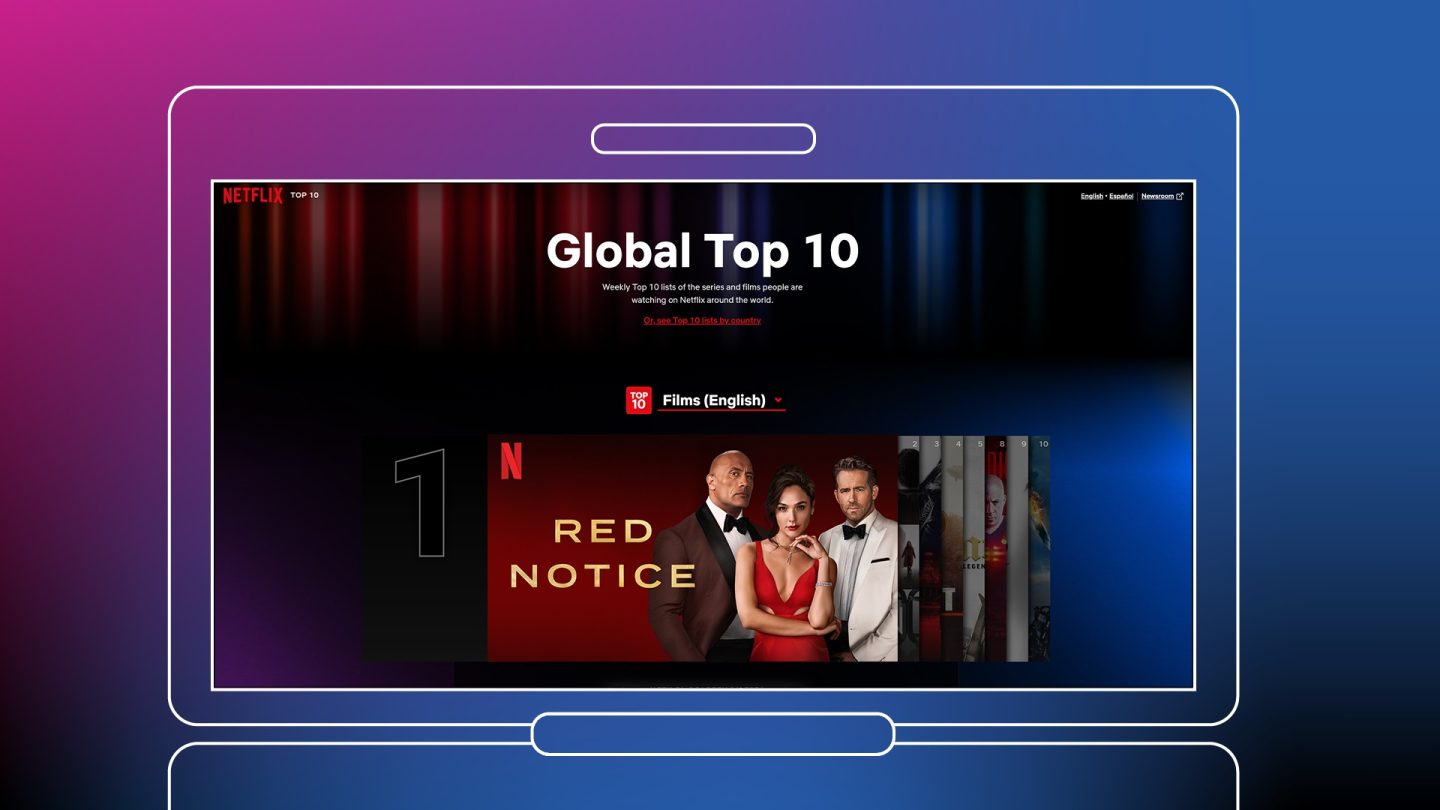 Over the weekend, the three stars of Red Notice revealed that the new Netflix movie had the biggest opening day of any original movie the streaming service had ever released.

It certainly sounded exciting. It was also meaningless.

As per usual, we didn’t get any useful metrics by which to judge the success of Red Notice. How many people watched the movie? How many of those viewers stuck around for longer than a few minutes? Netflix didn’t provide the answers to any of those questions.

The company has always kept viewing figures close to the chest. But on Tuesday, Netflix launched a new Top 10 site that tells us more about its content than we’ve ever known before.

For the first time ever, you can head to Top10.Netflix.com to see what Netflix subscribers are actually watching. Netflix VP Pablo Perez De Rosso explained in a blog post that the company will update the site every week. The site features weekly lists of the top 10 shows and movies on the service around the world. You can also see the top 10 lists for each country where Netflix is available.

It used to be unclear how Netflix was measuring success. We knew how many people were starting movies and shows, but had virtually no idea how many were sticking around for multiple episodes or until the end of the movie. Now Netflix is telling us exactly how many hours viewers spent watching a movie or show. Here’s the latest weekly global top 10 movie list:

Netflix’s De Rosso explained why the company chose this metric to share with the public:

Figuring out how best to measure success in streaming is hard, and there’s no one perfect metric. Traditional measures like box office or share of audience (which was designed to help advertisers understand success on linear TV) aren’t relevant to most streamers, including Netflix. Having looked at the different options, we believe engagement as measured by hours viewed is a strong indicator of a title’s popularity, as well as overall member satisfaction, which is important for retention in subscription services. In addition, hours viewed mirrors the way third parties measure popularity, encompasses rewatch (a strong sign of member joy) and can be consistently measured across different companies.

Near the bottom of the page, Netflix has also listed the top 10 movies of all time based on hours viewed in their first 28 hours on Netflix. In an interesting turn of events, the list mostly lines up with the list it shared last year. That old list was based on the number of viewers that watch for at least ten minutes. There’s still plenty that Netflix is going to keep secret from us, but the added transparency will certainly be a welcome change for journalists who cover the service.