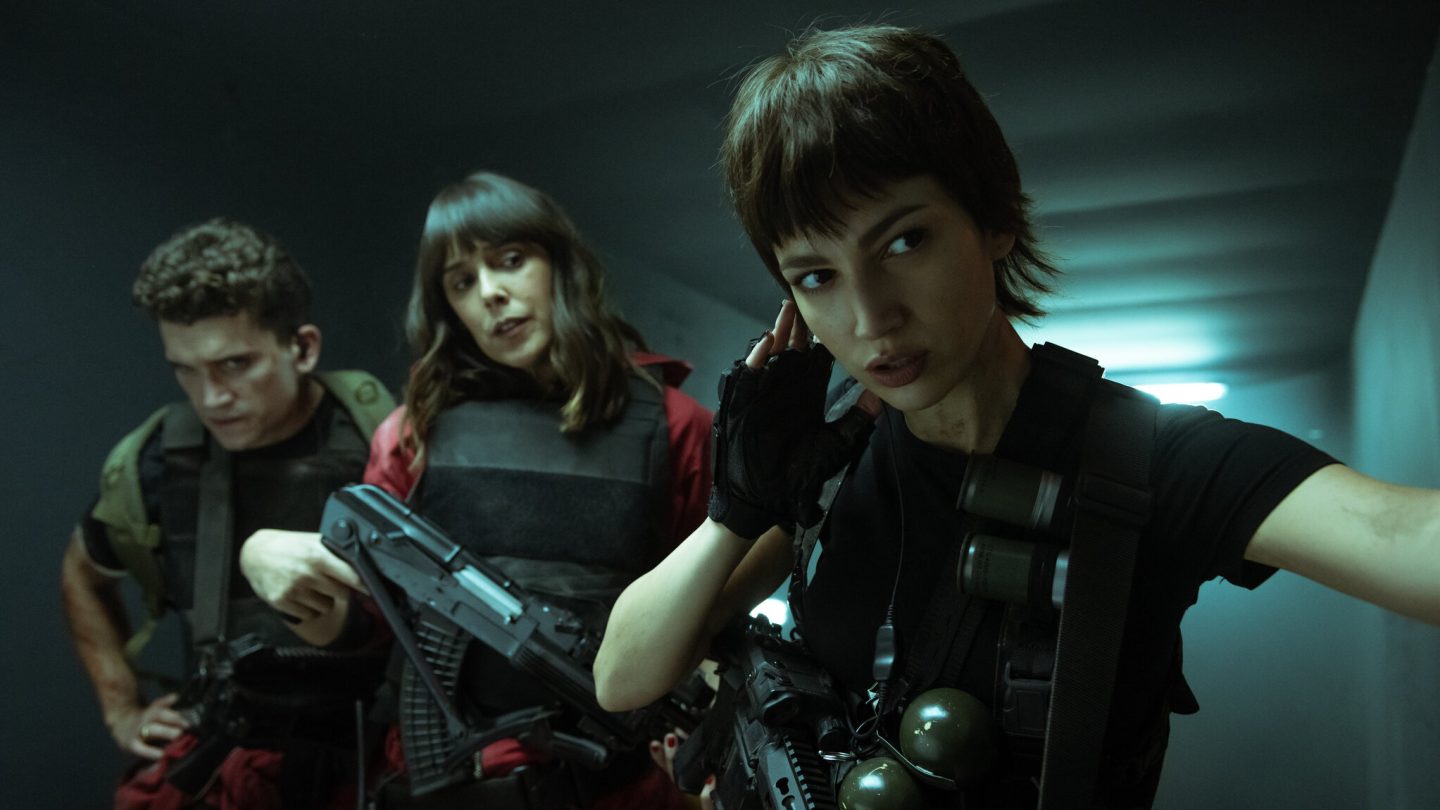 By now, this has become something of a repetitive story where Netflix is concerned. A little-watched program essentially flops on TV. It’s headed for cancellation. Maybe it actually does get canceled. But then, Netflix gets hold of it. And next thing you know? The series has morphed into a buzzy streaming phenomenon that people can’t stop talking about. Or watching. One of the best examples of this is the Spanish-language Money Heist — aka, La Casa de Papel — which was dealing with plummeting viewership on the Spanish channel Antena 3 before Netflix picked it up a few years ago. The streamer gave it a punchier two-word title, and with little advertising, enough people discovered it that it became one of Netflix’s biggest hits of all time. And over the weekend, Part 1 of Money Heist Season 5, which will be the show’s final season, debuted on Netflix.

The show has become such a worldwide smash that there’s also a standalone documentary on Netflix about this very thing. Titled Money Heist: The Phenomenon, this roughly 1-hour special takes a look at “why and how Money Heist sparked a wave of enthusiasm around the world for a lovable group of thieves and their professor.”

In fact, the show (about a group of thieves who break into the Royal Mint of Spain) is so popular that one CEO, who leads an IT company in India, reportedly gave his workers time off so they could binge the new episodes of the show that were just added to Netflix.

Speaking of the five episodes that just debuted? Netflix has broken up the fifth season into two parts. Part 1 of Money Heist Season 5 debuted on September 3. While Part 2 is coming later — on December 3 of this year.

According to Netflix’s synopsis of the final season, here’s where things stand. “The gang has been shut in the Bank of Spain for over 100 hours. They have managed to rescue Lisbon, but their darkest moment is upon them after losing one of their own. The Professor has been captured by Sierra and, for the first time, doesn’t have an escape plan.

“Just when it seems like nothing else could go wrong, an enemy comes on the scene that is much more powerful than any they’ve faced: The army. The end of the greatest heist in history is approaching. And what began as a robbery will turn into a war.”

According to that documentary special, Money Heist is the most-viewed program across all of Netflix in at least half a dozen countries. With similarly large fan bases in many other parts of the world, as well. And the high-octane plot for the final season seemingly explains why the show addicts so many viewers. With its many twists, turns and other surprises that keep viewers blissfully hooked and wanting more.