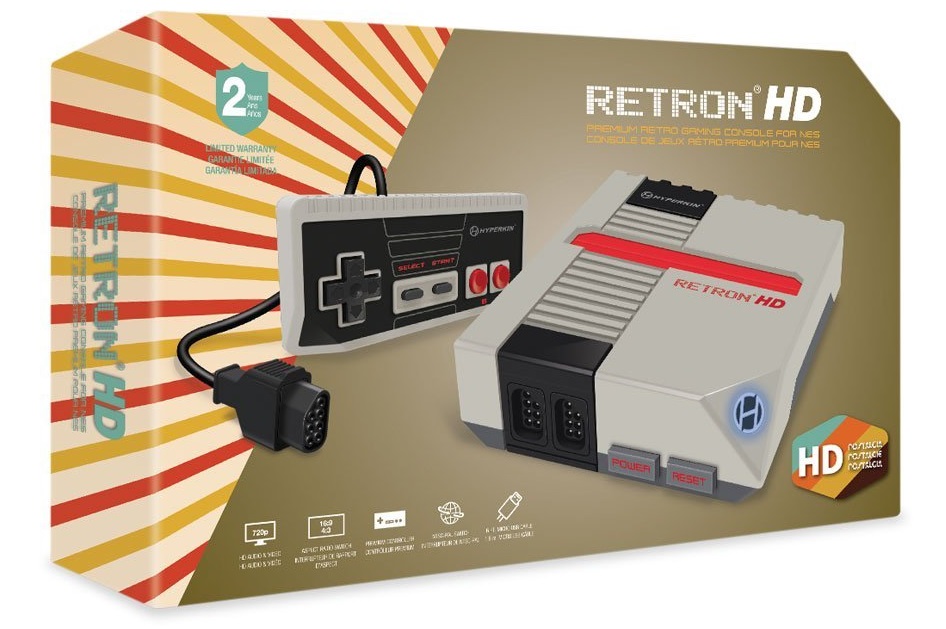 Earlier this year, the NES Classic Edition died an untimely death. According to Nintendo of America CEO Reggie Fils-Aime, the retro remake was never meant to be anything more than a limited-time release, but the company could never have predicted just how popular the device would become. So now it’s gone and it’s never coming back, but if you’re still desperate to play NES games on your TV, all is not lost.

This week, Hyperkin revealed its latest throwback console: the RetroN 1 HD. Much like the RetroN 1 before it, the RetroN 1 HD is compatible with both NTSC and PAL NES cartridges, but boosts the audio and video to HD. It comes with a classic-style NES controller (with a 10-foot cable), an HDMI cable, an AV cable and a 6-foot Micro USB charge cable with USB AC adapter.

Unlike the NES Classic Edition, the RetroN 1 HD doesn’t have NES games pre-installed on the machine. Instead, you have to buy your own NES cartridges and slot them into the RetroN, but for the purists out there who don’t want to play emulated versions of their favorite games, this is a huge step up.

Best of all, the RetroN 1 HD comes in at just $39.99, which is $20 less than the MSRP of the NES Classic Edition (providing you could even find it at that price). You will have to buy your own NES games, but this could be a good stopgap while you wait for the inevitable release of the SNES Classic.

You can preorder the RetroN 1 HD, which releases on May 25th, using the widget below: