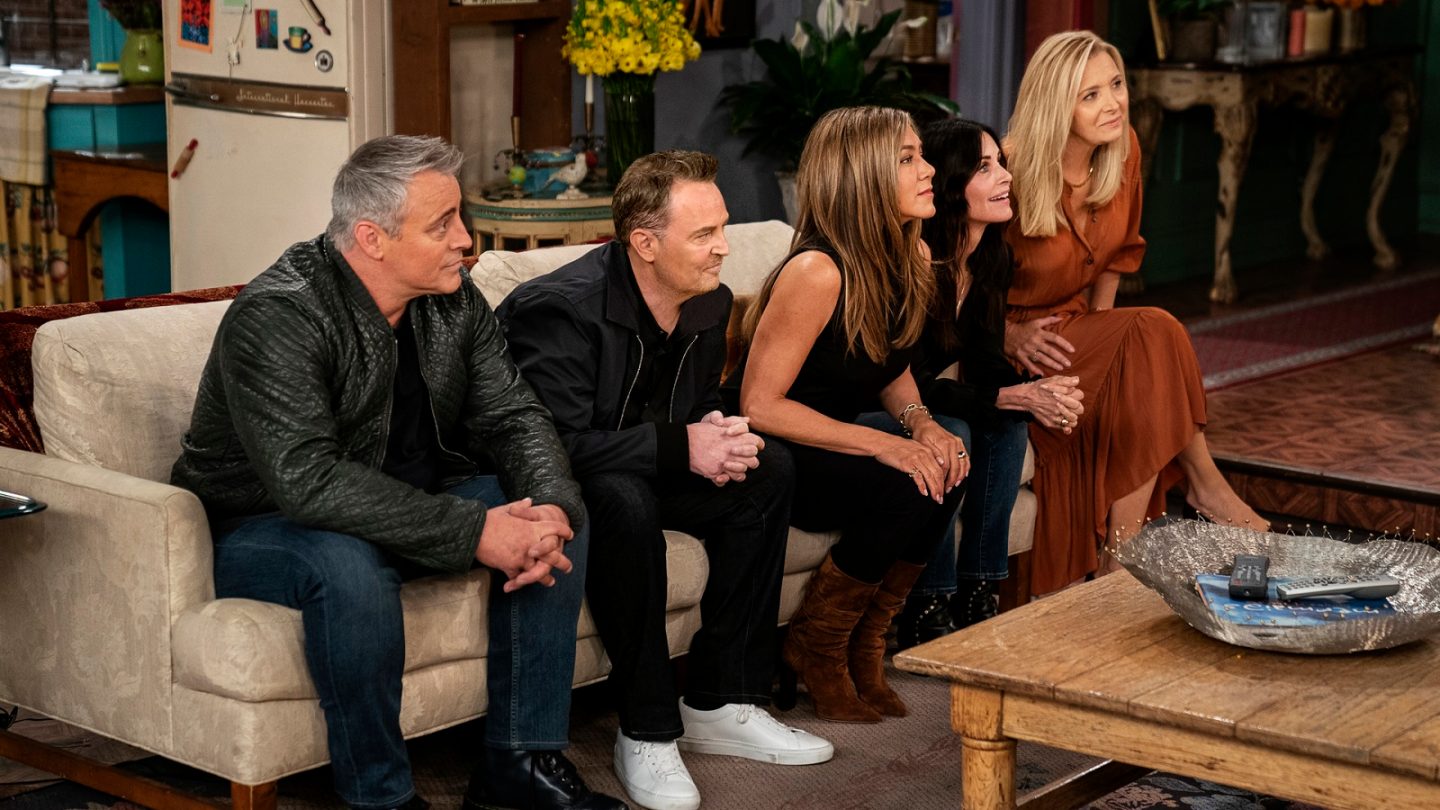 If you were among the millions of Friends fans who settled in front of your TV for the long-awaited reunion of the beloved sitcom cast members on HBO Max a few days ago — something so many of you did, by the way, that it made Friends our most-watched TV show of the week across all streamers — there’s an emotional moment you might have missed.

Lisa Kudrow pointed it out in an interview after the episode premiered. The encounter actually happened during the first few moments of Friends: The Reunion, as the cast members are filing in, one by one. Did you catch this exchange, described by Kudrow, between Courteney Cox and Matt LeBlanc? “Well, Courteney comes in and burst into tears, and then Schwimmer pointed this out, we were watching it together like Thursday night, and I grab a napkin or a tissue,” Kudrow told People magazine. “LeBlanc takes it, because he is telling us a story and doesn’t want to skip a beat and starts dabbing her eyes, just on automatic.”

That effortless, natural interaction between the friends was one of many examples of how close they all were. In fact, the entire reunion episode — which premiered on May 27, and was hosted by James Corden — was full of moments like that. With cast members, as well as co-creators Marta Kauffman, David Crane, and executive producer Kevin Bright, reminiscing and sharing fascinating inside details about their time working on the series, which ran for 10 seasons on NBC through 2004.

Needless to say, the episode premiered at something of a busy time for , the parent company of which also just a few days ago finally got around to launching a cheaper, ad-supported tier of that will let subscribers stream HBO TV shows and movies right now for $9.99 a month. And, on an unrelated note, this comes as is also dominating the streaming TV rankings, according to the latest data from the streaming search engine service Reelgood.

Between May 27 and June 2, based on the weekly slice of data that Reelgood regularly shares with BGR, streaming audiences were flocking to two series more than anything else: Friends, naturally, but also the Kate Winslet-led Mare of Easttown, about small-town Pennsylvania detective Mare Sheehan.

The year is 2002, it’s Thursday night, and you rush home to catch the latest episode of Friends. Now get ready for it to happen all over again. Friends: The Reunion is streaming May 27 on HBO Max. #FriendsReunion pic.twitter.com/1ZrHq4HxSM

HBO Max subscribers can watch all 236 episodes across all 10 seasons of Friends right now, and it’s easy to understand why it got enough of a boost from the reunion episode to go straight to the top spot in the rankings this week, which you can check out below. Reviewers, meanwhile, have also been pretty breathless in their praise of Mare of Easttown, which has a pretty stellar 93% critics score and 91% audience score at the moment on the review aggregation site Rotten Tomatoes. According to the review site, the “critics’ consensus” is as follows: “Grounded by a career-best Kate Winslet, Mare of Easttown‘s ambitions at times exceed its reach, but its central mystery is supported by such strong sense of place and character it hardly matters.”

Of course, if you need some recommendations beyond these fine HBO Max titles as far as what to start streaming next, here’s our latest complete Top 10 list of the most-watched TV shows across the major streamers (for the week ending June 2), per Reelgood: