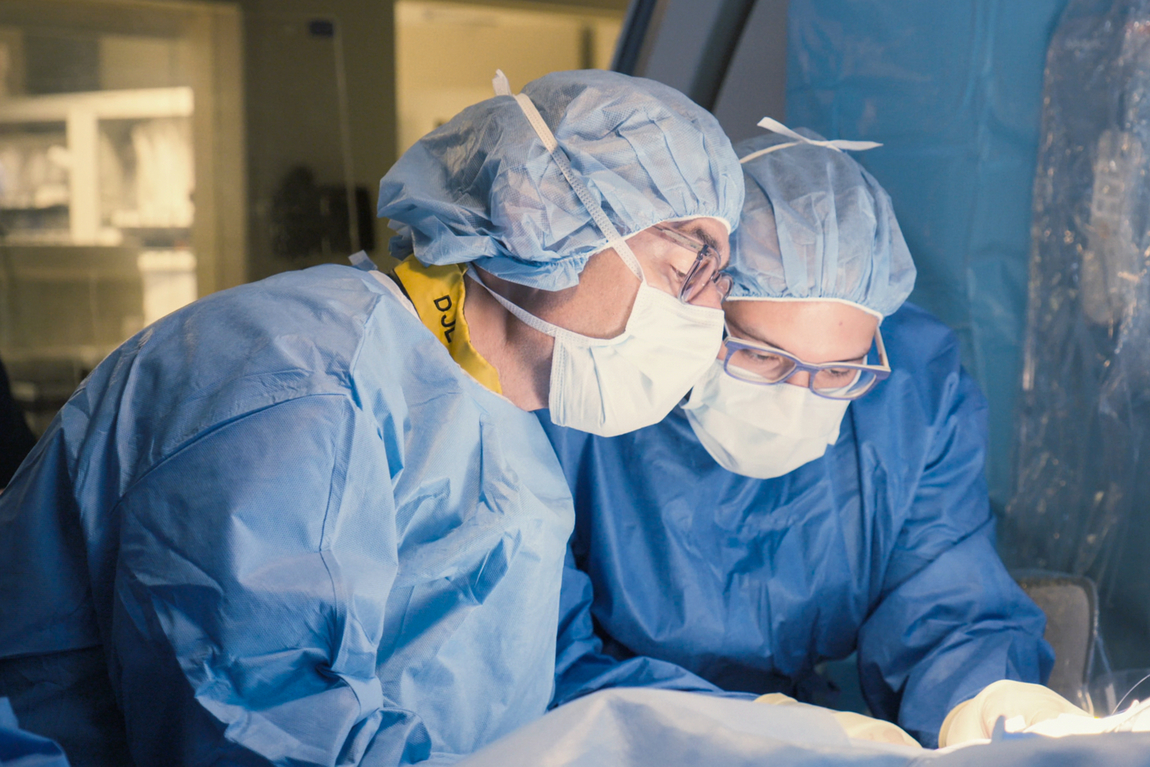 In the opening moments of the new Netflix docu-series Lenox Hill, we see a closeup of the hands of doctors washing the hair of a patient who’s laying on an operating table. The camera eventually pulls back, and all of them still in their scrubs stand around the young lady, whose eyes are closed. “Give me a squeeze, give me a left-hand squeeze,” one of the doctors implores. He squeezes her hand a few times. They all watch her, silent, hoping for something good to happen. One doctor has his arms crossed. He looks down, notices the place where he’d taken his wedding ring off for this operation, and reaches into his pocket to silently put it back on.

“She’s there, she’s starting to come around,” someone finally says, breaking the tension felt by the viewer. “She’ll be fine.” So begins a 9-episode series that debuted on Netflix earlier this month, in which viewers are given a look behind the scenes at Lenox Hill Hospital in New York City. We follow the daily routines of four doctors — two brain surgeons, an emergency room physician, and a chief resident OB/GYN — as they deal with the highs and crushing lows of working on the front lines of the health care system. It is a powerful journalistic achievement, and, perhaps because of the coronavirus pandemic that’s reiterated to all of us what extraordinary human beings these healthcare workers are, Lenox Hill is one of the most-watched shows across all of Netflix right now.

That’s according to the team at the streaming search engine Reelgood, which shared with BGR a summary of the viewing activity of its millions of monthly users (covering the week of June 18-24).

One of the doctors at the center of the docu-series, Dr. Mirtha J. Macri, spoke with Healthline about why she agreed to participate in the filming. The creators “explained to me what the idea was, the vision, and I actually got to see their work. I had some time to sit down and watch their work that they did in Israel … I actually just fell in love with the series.”

Here’s a trailer released in advance of the first 8 episodes of the series, which debuted on Netflix on June 10:

As I noted in previous coverage of the series, there’s a shadow, if you will, that hangs over these first 8 episodes of Lenox Hill. Filming took place between April of 2018 and November 2019, so things ended right as the coronavirus was starting to rear its head.

On June 24, Netflix added a special ninth episode of the series that revisits the hospital during the pandemic. Netflix’s official description of the episode reads: “The Lenox Hill doctors return for a special episode documenting the COVID-19 outbreak in New York City. The high-stakes, emotional ninth episode follows the doctors as they band together in the midst of the pandemic to treat critically ill patients while the city shuts down around them.” And here’s the trailer for that episode:

Eventually, I’m hoping to see more of this kind of documentary work that takes inside the corridors of power so we can understand just how in the hell the country was brought to its knees in the span of a couple of months. For now, I’ll settle for a compelling series like this that gives you so much more respect for the people who may just represent our last line of defense in the pandemic.

I was already bawling during the special episode of Lenox Hill on @Netflix featuring the MD’s dealing with COVID. Then they ended with this. Heroes. Truly. pic.twitter.com/YyjVBLSoRa

Separate from Lenox Hill, meanwhile, you can also check out the full rundown below of the other most-watched series on Netflix this week (again, compiled by the team at Reelgood):