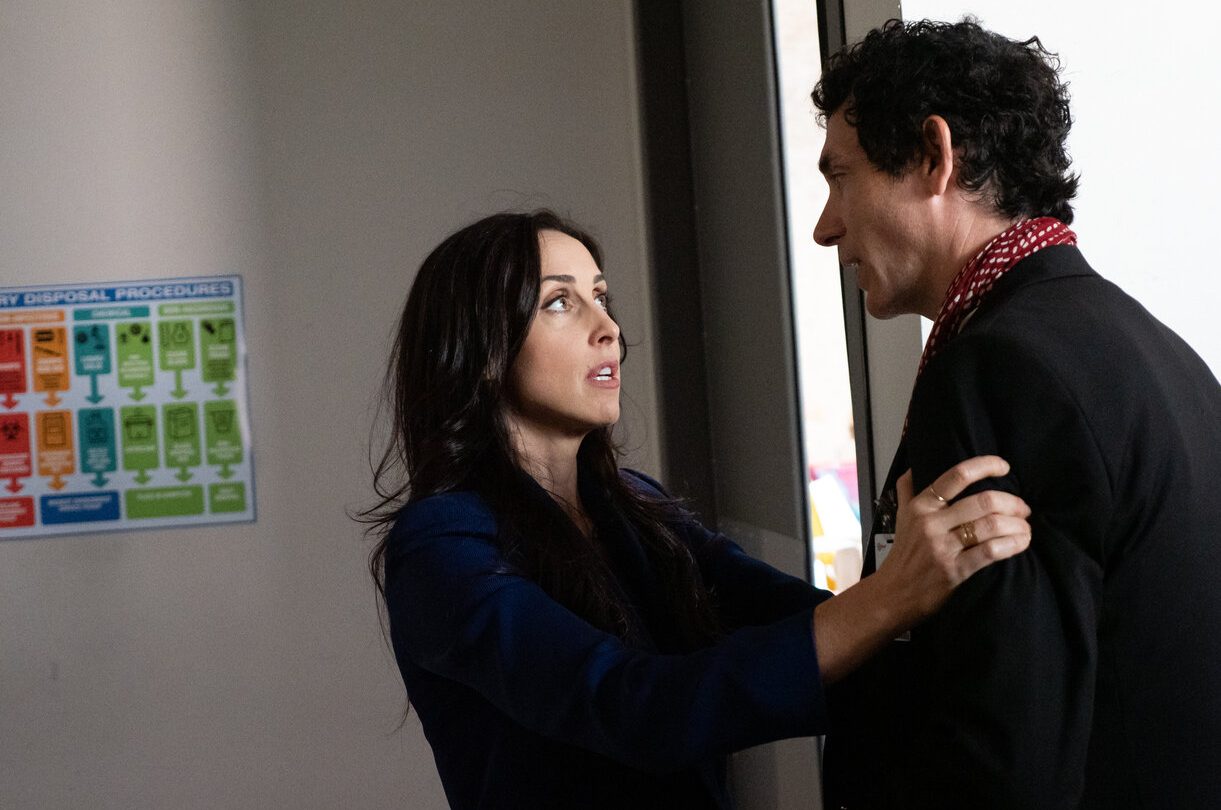 For anyone in the US who’s been going through Schitt’s Creek withdrawals and could use a hilarious new comedy from our neighbor to the north, especially as an antidote of sorts to the pandemic and all kinds of other negative news in the world right now, rejoice — Netflix has you covered, in the form of a raunchy sitcom from Catherine Reitman.

Season 5 of her show Workin’ Moms just got added to Netflix in the US a few days ago, and already it’s one of the most-watched Netflix shows, having rocketed up the streamer’s ranks of what’s popular across the service at any given moment. Reitman, the daughter of famed Hollywood director Ivan Reitman, not only stars in the series but she always writes and directs, and as of the time of this writing the series is currently the #4 most-viewed TV show on Netflix in the US. Originally broadcast in Canada via the CBC (Canadian Broadcasting Corporation), this comedy is built around the following, according to Netflix’s summary: “Maternity leave is over, and it’s time for these four moms to return to work while navigating kids, bosses, love, and life in modern-day Toronto.”

Reitman will already be familiar to American audiences thanks to acting in such productions as It’s Always Sunny in Philadelphia, Friends With Benefits, and Knocked Up. Her Workin’ Moms cast also includes Dani Kind, Juno Rinaldo, and Jessalyn Wanlim.

We have the best fans! We are Top 4 in the US, UK, Australia, Ireland, Switzerland, Holland, Croatia and Finland on @netflix! Thank you! pic.twitter.com/eGHIHoPfa5

As far as how much of the show is available on Netflix right now, subscribers can stream all five available seasons of the show. Reitman recently took to Instagram to confirm that Season 6 of the show is a go, it having been renewed by CBC. In terms of when that means we can expect it to make its way to Netflix — don’t expect it before 2022, probably mid-year.

Check back here this weekend, meanwhile, for our latest complete rundown on what’s hot and being binged the most right now across all the major streaming services, from Netflix to Disney+, Apple TV+, , and more. Our list comes, as always, from the team at the streaming search engine service Reelgood, which regularly shares with a BGR a snapshot of what shows and movies are the most popular on a weekly as well as monthly basis among its millions of users.

Reelgood, by the way, is a great service to be aware of, if you’re not already and if you’re a streaming power-user. It aims to be a one-stop-shop that makes finding shows and movies to watch convenient, especially since it gets a little hard to keep track of which service has this or that new TV show — and since they’re all constantly adding and removing content pretty regularly.