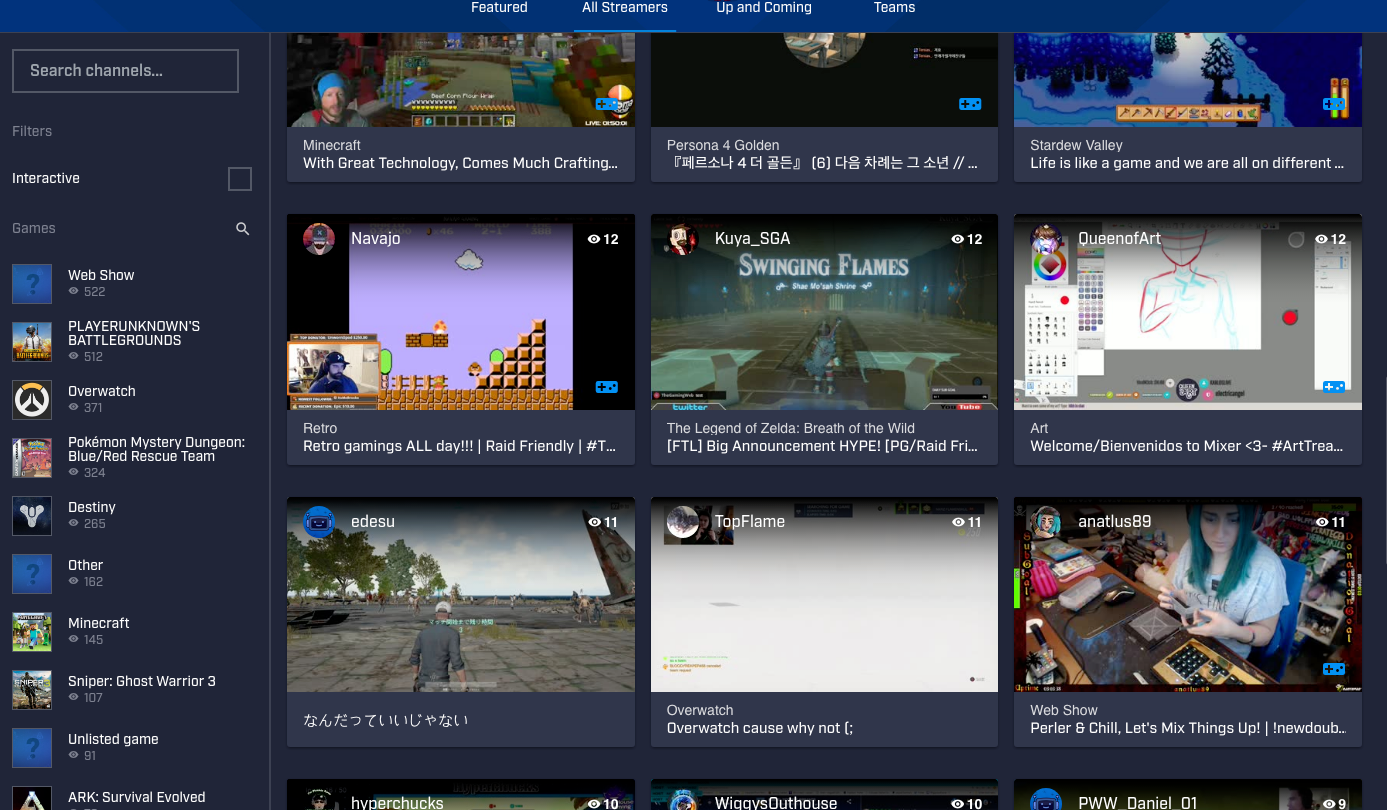 You’re forgiven if you’ve never heard of Beam, the Twitch competitor bought up by Microsoft last year. Compared to its primary foe, it’s a tiny fraction of the size in terms of channels and viewership, and it’s largely flown under the radar since the acquisition. Today, Microsoft is hoping to change that by rebranding the service and rolling out some new features that its Amazon-owned peer currently lacks.

The biggest news for Beam is that it’s not longer Beam at all. The platform is now called Mixer, which Microsoft says better reflects the goal of building communities and bringing gamers together. The name change has already taken place, and the site and app are both completely overhauled with a new logo and branding.

Along with the rebranding, Microsoft is rolling out expanded functionality that allows streamers to “co-stream,” which combines their individual streams into a single page with one chat room. Up to four streamers can group together at one time, and they don’t have to be playing the same game in order to buddy up. This multi-streaming option is something that third party sites have allowed for Twitch streams for some time, but the company doesn’t have a built-in tool for it, and there is no way to combine individual chat rooms into a single conversation.

A new Mixer app for iOS and Android is also on the way, currently pushing through beta. It’s called Mixer Create, and it is designed to function as a mobile broadcasting platform for vlogs as well as mobile gaming. Lastly, the Xbox One will be getting the updated Mixer app along with a page on the dashboard where users can see what’s going on without fully diving in.