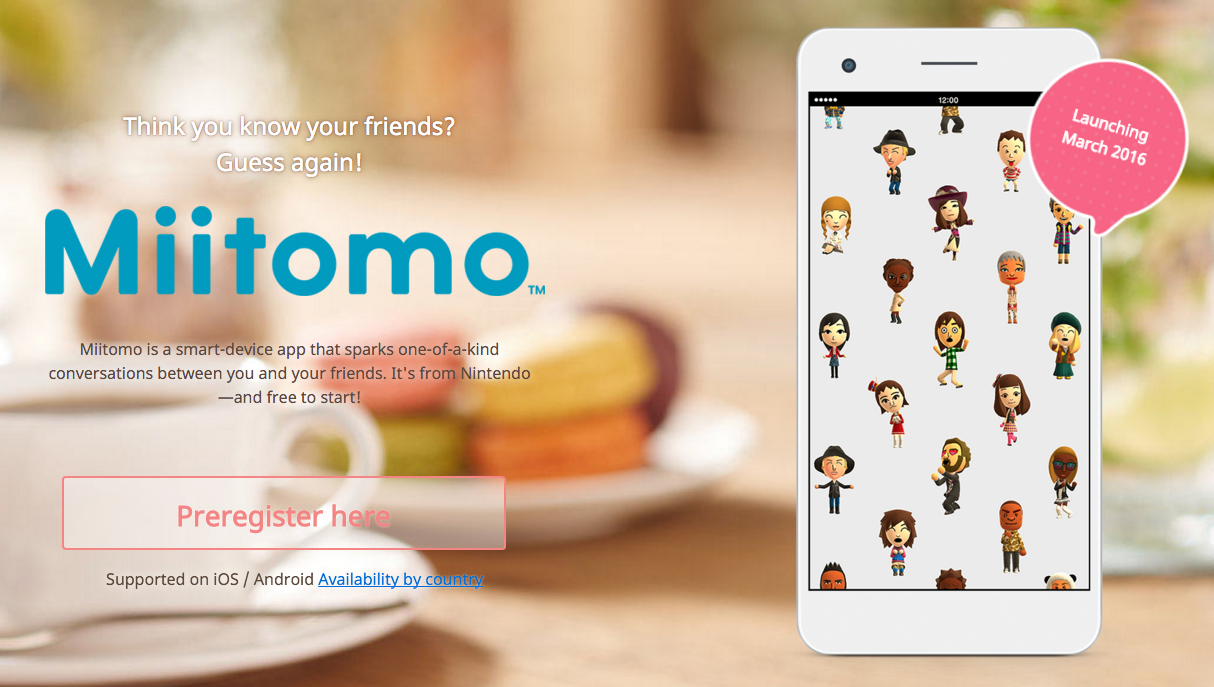 Nintendo’s first smartphone app is coming west. On Tuesday, Nintendo announced that Miitomo will launch in the United States on Thursday, March 31st. That will also mark the two week anniversary of the social app releasing in Japan, where it managed to rack up over one million downloads in just three days.

“With Miitomo, Nintendo takes its first step into the world of smart devices,” said Scott Moffitt, Nintendo of America’s Executive Vice President of Sales & Marketing, in a press release. “Miitomo brings the special Nintendo charm and polish that people around the world love to an entirely new format and audience.”

Although a social app isn’t what anyone envisioned when Nintendo first began discussing its plans to enter the mobile market, critics who have had a chance to try the app have generally found it to be quirky and charming.

Miitomo will be free to download on the App Store and Google Play, allowing users to create a Mii avatar with customizable facial features, voices and clothing. Once they’ve created their Miis, users will be able to add friends by linking the app with their existing Facebook and Twitter accounts.