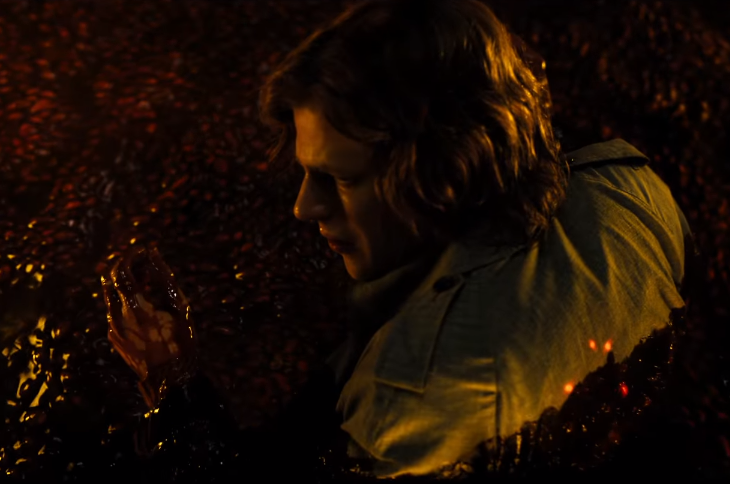 Batman v Superman: Dawn of Justice was a dud with critics but a smash hit with moviegoers. Warner Brothers released a video of a deleted scene from the movie on Monday that shows how the movie’s ending could have been significantly better, as it would have provided a major teaser for the upcoming Justice League movie.

DON’T MISS: T-Mobile unleashes its most ambitious plan to troll AT&T and Verizon yet

So toward the end of the movie, Lex Luthor has been captured and he issues a cryptic warning to Batman when he says, “He is coming! And he is hungry!”

Who is this mysterious “he?” A deleted scene called “Communion” suggests that Luthor is talking about Darkseid, the evil ruler of the planet Apokolips and a key villain in Superman lore. The scene shows a bunch of soldiers following Lex Luthor into a crashed Kryptonian ship. When they find Luthor, he is standing in a pool of what looks like blood and communing with a demonic entity that fans theorize is Darkseid’s top general Steppenwolf.

All this suggests that Luthor knows Darkseid is planning to invade Earth in the near future and it explains his mysterious message to Batman. And given that Justice League is set to come out next year, it’s a good bet that this cut scene was meant to be a direct teaser that the studio decided to delete because it might have given too much away.

Check out the full scene for yourself below.