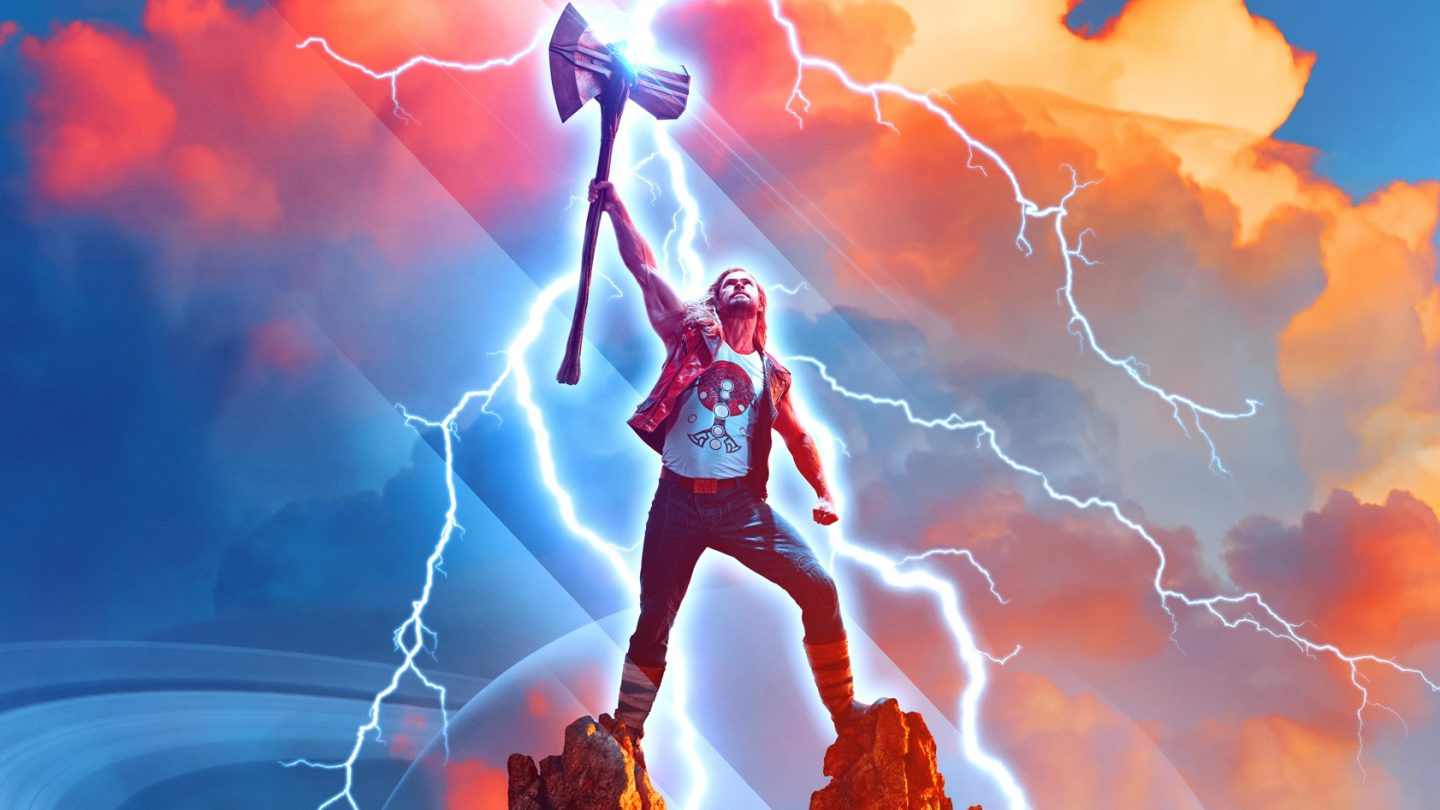 After a surprisingly long wait, Marvel Studios shared the first teaser trailer for Thor: Love and Thunder on Monday. The movie picks up shortly after Avengers: Endgame, with the Guardians of the Galaxy featured heavily throughout. We also see evidence of Thor finally getting back into shape, thus ending the brief but glorious reign of Fat Thor.

It’s just a teaser trailer, so we don’t learn much about the plot. That said, it’s clear that Taika Waititi was once again given a great deal of freedom to make the movie he wanted to make. Also, his character, Korg, appears to be getting plenty of screen time. But the most notable moment in the trailer comes at the end. At long last, Jane Foster will wield Mjolnir, taking over as the Mighty Thor. Here’s the synopsis and teaser trailer from Marvel:

The film finds Thor (Chris Hemsworth) on a journey unlike anything he’s ever faced – a quest for inner peace. But his retirement is interrupted by a galactic killer known as Gorr the God Butcher (Christian Bale), who seeks the extinction of the gods. To combat the threat, Thor enlists the help of King Valkyrie (Tessa Thompson), Korg (Taika Waititi) and ex-girlfriend Jane Foster (Natalie Portman), who – to Thor’s surprise – inexplicably wields his magical hammer, Mjolnir, as the Mighty Thor. Together, they embark upon a harrowing cosmic adventure to uncover the mystery of the God Butcher’s vengeance and stop him before it’s too late.

Moon Knight is already halfway through its six-episode season, but there are plenty of other Marvel TV shows and movies coming this year:

Those are the movies and shows with confirmed release dates. We also know that She-Hulk, The Guardians of the Galaxy Holiday Special, I Am Groot, and an untitled Halloween special are all set to debut in 2022. Next year will be busy too, with The Marvels, Guardians of the Galaxy Vol. 3, and Ant-Man and the Wasp: Quantumania scheduled to hit theaters.