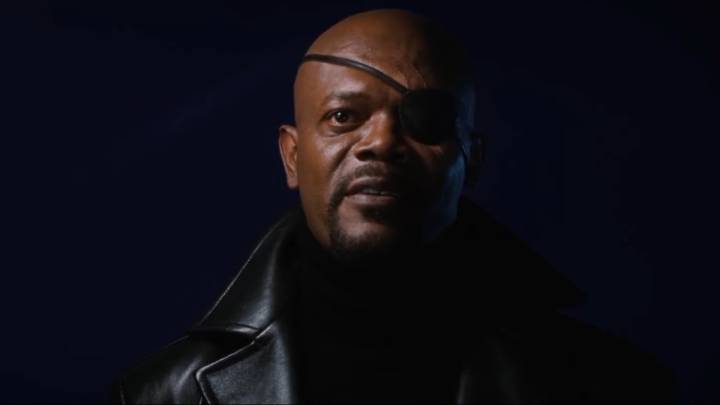 The fourth phase of the Marvel Cinematic Universe will help the studio introduce the next generation of heroes and villains, hopefully building towards another massive finale to rival Avengers: Endgame. While Marvel is sticking to the same recipe it used with great success so far — telling simple, inter-connected stories featuring all sorts of superheroes — Phase 4 is unlike anything the Studio did before. First of all, Phase 4 is the first to combine traditional feature films with TV shows streaming on Disney+ in between the movies. Secondly, Phase 4 will bring over the kind of characters that Marvel never had access to before. Fantastic Four, Deadpool, and the X-Men might be Marvel creations, but the rights to those characters belonged to Fox until Disney bought the company.

With that in mind, Phase 4 will be bigger in scope than anything Marvel did so far. And the overarching story that Feige’s creative team wants to tell next might be even more ambitious than the Infinity Saga centered around preventing Thanos from destroying the universe. And while we’re yet to taste the main MCU storyline, we do have two clear directions as to where this is heading. One of them is Secret Invasion, a TV show we’ll probably all have to watch — beware, some MCU spoilers might follow below.

I’ve reminded you quite a few times since WandaVision ended of something Feige said in previous interviews. When developing shows for Disney+, Marvel makes sure that whatever happens in these stories will not impact the theater experience. The movies will advance the storylines, while the TV shows will provide more context. The movies will have all the jaw-dropping reveals, not the TV shows, which aren’t supposed to be mandatory.

While we’re still waiting for the first MCU films to drop, we’ve already seen enough evidence about some of Marvel’s intentions. The multiverse will play a major role in the MCU going forward, with Spider-Man: No Way Home and Doctor Strange in the Multiverse of Madness to begin that story quite soon. Before we get that, Loki will explain the rules of engagement for the multiverse. And it’s this multiverse that will allow Marvel to bring back all sorts of characters, including dead Avengers.

Marvel is also planting the seeds for the Secret Invasion storyline, which will tell us that a faction of Skrulls has been living on Earth ever since our first encounter with the race back in Captain Marvel. That’s where the TV show of the same name will help set the stage for what happens next in the MCU, and especially in Captain Marvel 2, which is now titled The Marvels.

When Marvel announced Secret Invasion back in December, Feige told the audience that Samuel L. Jackson and Ben Mendelsohn will reprise their roles — Nick Fury and Talos, respectively. The announcement was a fantastic surprise, although Marvel did not share any additional details about it.

But then, about a month ago, news dropped that Marvel signed two incredible actresses for Secret Invasion: Olivia Colman and Emilia Clarke would both appear in undisclosed roles in the Disney+ TV show. We have no idea what heroes and villains they’ll play, but you don’t add this sort of talent to a TV show if you don’t have bigger plans for their characters.

It turns out Marvel isn’t done casting Secret Invasion. Deadline has learned that Christopher McDonald is the latest big name to join the project. Unsurprisingly, this casting choice might have a bigger scope than the limited series — Deadline explains.

Details about the role are being kept under wraps, but I hear it is a newly created character that could cross over to the larger MCU, including appearing in movies and other Disney+ limited series.

Aside from Jackson, Mendelsohn, Colman, Clarke, and McDonald, Kingsley Ben-Adir and Killian Scott are also attached. This ensemble cast is the best spoiler for the TV series. You don’t case all these actors in the same limited project if you don’t have bigger plans for their MCU characters. In other words, Secret Invasion is a show we’ll all have to watch.

Marvel did not announce a release date for Secret Invasion, but the current expectation is that the show will tie into The Marvels. The Captain Marvel sequel will launch on November 11th, 2022. This suggests Secret Invasion will have to launch on Disney+ well before that, so filming might start soon.