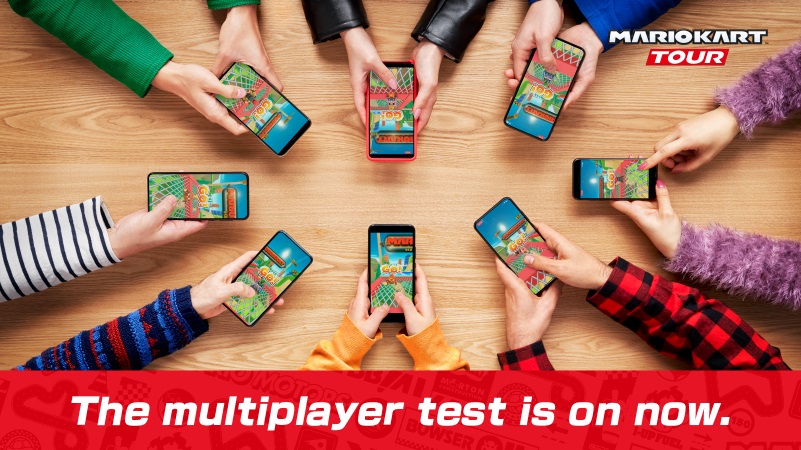 If you read my best games of 2019 feature, you already know that Mario Kart Tour was one of my favorite games of last year, despite any flaws. Although the game constantly punishes me for not spending enough money, I genuinely enjoy racing through all of the classic levels from previous games in the series and trying to beat my high scores so I can vault as far up the leaderboard as possible. The only thing missing is true multiplayer.

Last month, Nintendo kicked off the first multiplayer beta test for Mario Kart Tour, but in order to participate, you had to be a Gold Pass subscriber. The Gold Pass costs $5 a month, and while I find it to be a worthwhile investment, I’m sure plenty of people don’t, and so they were all left out. But now a second multiplayer beta test has begun, and this time, everyone can join in, regardless of whether or not they’ve ever spent a penny in-game.

The second multiplayer test is here! This time around, all players, including #MarioKartTour Gold Pass subscribers, can participate. Race your friends by tapping Menu, and then Multiplayer in-game. pic.twitter.com/IYqKWNmIue

In order to test the multiplayer mode, you need to have unlocked at least one cup in the game, at which point you can tap on the Menu button, and then the Multiplayer button that looks like a globe. From there, you will then be given the option to either enter a random match with a bunch of strangers or create a lobby to play with your friends. You don’t have the ability to choose which courses you’d like to race on — instead, the game picks a cup from the current tour, cycles through the courses in that cup for a limited time, then moves on to a new cup.

This beta test lasts until January 28th at midnight ET, at which point any progress you made will be erased. An official release date for Mario Kart Tour multiplayer should be announced in the coming weeks.