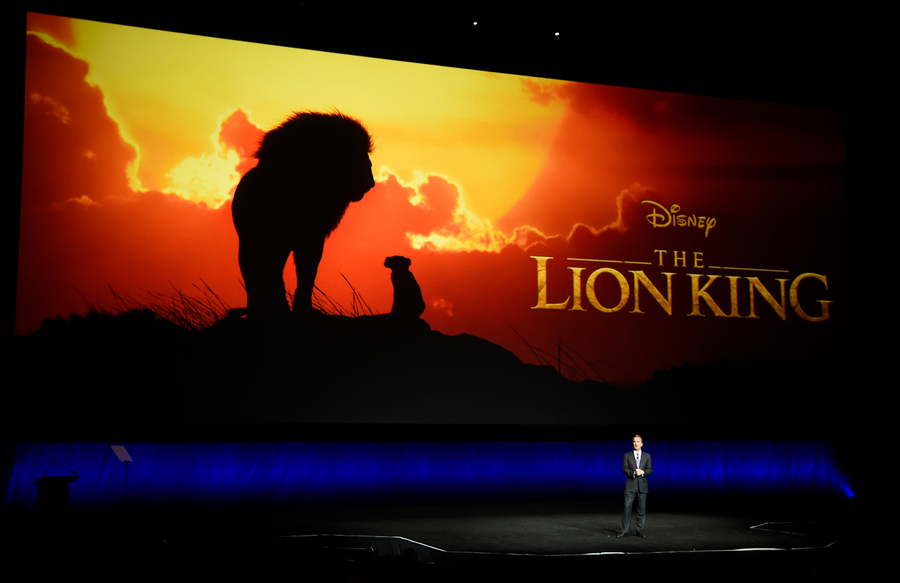 Ahead of the highly anticipated July 19th release of Disney’s live-action remake of The Lion King, we now finally have a new teaser clip released internationally that includes a few firsts.

The original animated classic is, of course, a musical, so the clip you can watch below is noteworthy and attracting attention today for its inclusion of stars Donald Glover and Beyonce singing the iconic Elton John-penned song Can You Feel The Love Tonight that was such a staple of the original movie. It’s the first time we hear one of the songs from the original being sung like this.

This also marks the first time that teasers have included the voice of Glover, who plays Simba (while Beyonce, of course, lends her voice to Simba’s love interest, Nala).

The songs certainly made the original Lion King such an all-time great addition to Disney’s animated canon, so no wonder director Jon Favreau this time around wanted to round out the cast with exceptional vocal and singing talent. Speaking of that talent, in addition to Glover and Beyonce the new Lion King also features performances from Seth Rogen, Billy Eichner, John Olliver, Keegan-Michael Key, Chiwetel Ejiofor, and James Earl Jones, among others.

The songs will arguably be one of the main determinants of its success or failure, especially since there’s an immense amount of nostalgia for the 90s-era classic dominated by timeless musical performances. At the same time, the animation added a whimsical, storybook-like element to the original film, something that’s completely missing this time around since audiences will be presented instead with a live-action recreation.

Speaking to Comicbook.com recently while on the set of Spider-Man: Far From Home, Favreau laid it all out, as far as The Lion King’s realism is concerned. The ambition is to make this as lifelike as possible, such that you feel like you’re watching real life, in a way, compared to the feel of watching a animated feature back in the 90s.

“We were using mostly motion capture tech (during the live-action Jungle Book), and now using game engine tech and consumer-facing VR stuff, we’re able to create virtual production,” Favreau said. “It’s a very cool, efficient way of working and helps contribute to a live action feel because we’re able to actually go into VR and set cameras and operate real cameras that drive virtual cameras. It has a look that, hopefully, will feel photo real.”