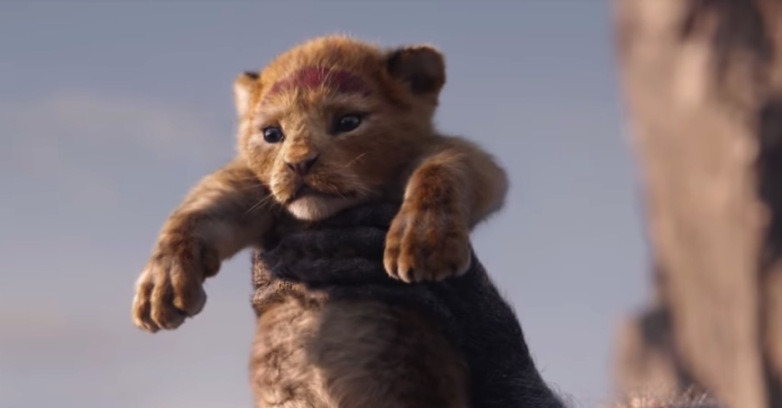 Hakuna Matata is supposed to be a wonderful phrase. Unfortunately, the new clip from The Lion King that released ahead of the much-anticipated movie’s arrival in theaters next week is not so wonderful. And it’s got me skeptical about whether the movie will live up to the hype, and how it will fare next to the beloved animated classic.

Am I being too pessimistic? Maybe, but it’s not just me. There’s been an interesting kind of split-take dynamic in many of the early reviews from critics who got an advance look at the film. On the one hand, they say it’s a visual marvel, unlike anything they’ve ever seen before. A masterpiece, even. Albeit with a massive caveat.

Take a look at the side-by-side clip below, and you’ll see what I mean:

Comparison between the two animated versions of The Lion King. pic.twitter.com/E5dfgMASZJ

From the clips I’ve seen so far, it looks like the film mostly tries to pull off a visual cheat, in the sense that the camera doesn’t ever seem to linger on the animals’ mouths too long when they’re “talking,” nor do they seem to emote all that much. Exhibit A? Just look at the side-by-side in the clip shared in the tweet above. It compares the version of the characters singing Hakuna Matata from the animated version of the film to the one in the remake we’re getting next week.

Granted, I know we’re talking about two different things, such that you can get away with the characters displaying a little more believable whimsy in the animated version. Maybe it’s one of those things where this version is especially for people who don’t bring a ton of nostalgia with them. Perhaps it will be one of those things that’ll be imminently enjoyable if you just turn off that part of your brain and don’t study it too closely.

#TheLionKing is a landmark *visual* experience. I’ve never seen anything like it, and I think it’s going to change how we look at movies forever.

As an *emotional* experience, though…I’ll put it this way: It turns out lions can’t really emote.

Aside from this, let’s be clear, there are a ton of people out there who’ve already seen the film who report being absolutely blown away. But that’s not to see there aren’t already some pretty brutal takes as well, such as this one from IndieWire: “Unfolding like the world’s longest and least convincing deepfake, the new Lion King fatally misunderstands what once made special.” Ouch. Fingers crossed it hits all the marks!