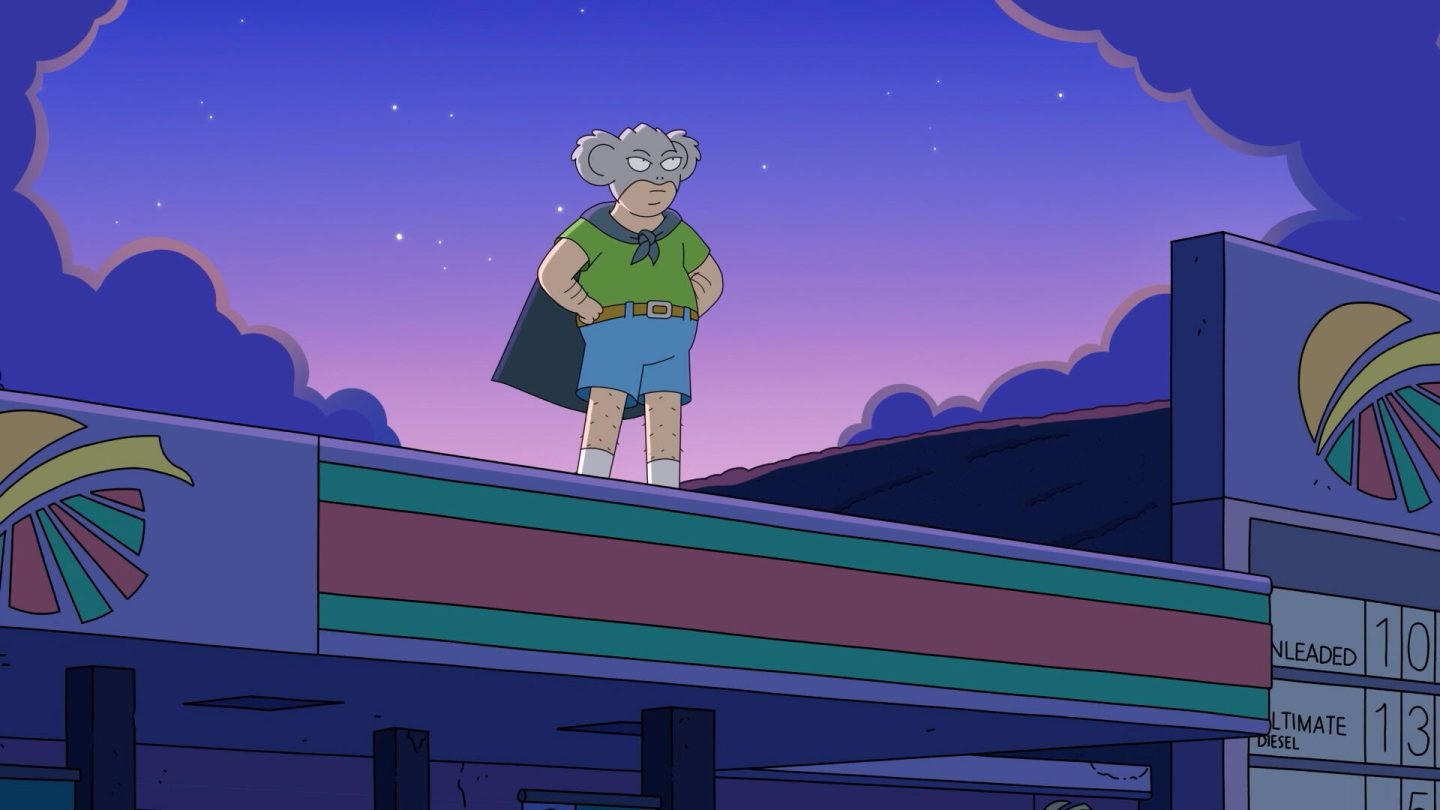 At the rate that Marvel is introducing new characters into the MCU on Disney Plus, you might not think that there would be much room left for other superheroes on TV. Of course, most of Marvel’s heroes demand to be taken seriously. If you’re looking for a hero you can laugh at, you might want to check out Koala Man, which debuted on Hulu this Monday.

Koala Man is the newest animated comedy from Michael Cusack, who previously created Smiling Friends and YOLO: Crystal Fantasy for Adult Swim. In addition to creating the series, Cusack also voices the main character, Kevin Williams — a middle-aged dad with a not-so-secret identity. The series takes place in the real town of Dapto in New South Wales, Australia.

“Though it may seem like any other Australian suburb, forces of evil both cosmic and man-made lie in wait to pounce on unsuspecting Daptonians,” the synopsis reads. “On a quest to clean up his hometown, and often roping his frustrated family into his adventures, Koala Man stands at the ready. He’ll do whatever it takes to defeat villainous masterminds, supernatural horrors, or worse: jerks who don’t take their rubbish bins down on the proper days.”

At least we get some Jackman superhero content while Deadpool 3 films.

All eight episodes of Koala Man are now streaming on Hulu. If you’re looking for an irreverent, ridiculous, but occasionally heartwarming cartoon, Hulu’s latest should fit the bill. If you want to watch Cusack’s other shows, they’re streaming on HBO Max.