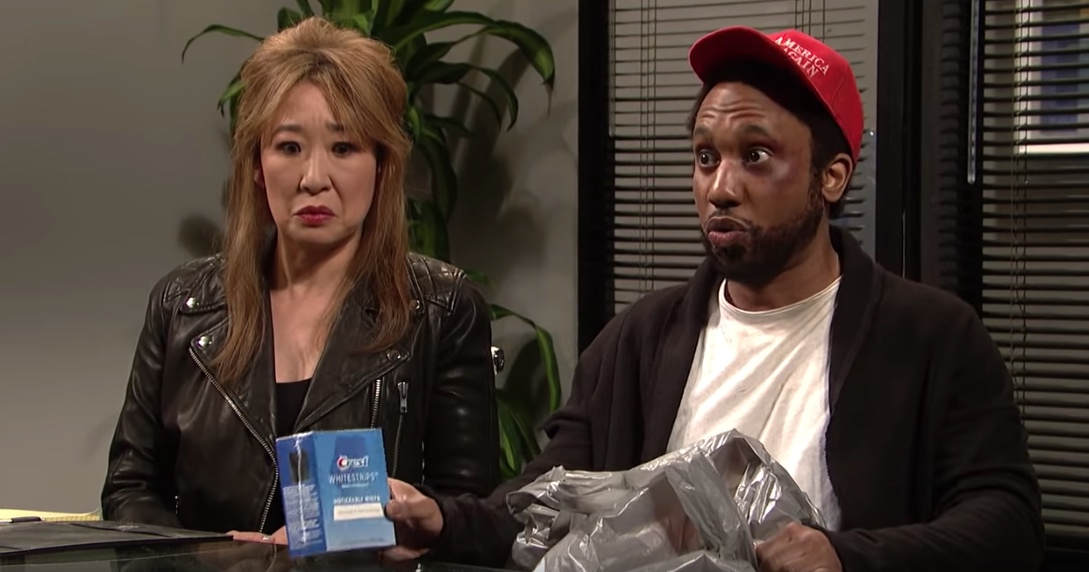 The second sketch on Saturday Night Live this weekend pulled no punches and brilliantly tackled the downright bizarre saga of Jussie Smollett. Smollett, if you recall, is the Empire star who, by all accounts, staged his own mugging as part of an ill-conceived effort to make a name for himself and generate some buzz. As the police investigation into the mugging went along, it was soon revealed that Smollett paid his “muggers” a generous sum of money for their services.

The SNL sketch itself begins in a boardroom of writers and network executives waiting for Smollett to arrive. Eventually, Smollett — brilliantly portrayed by Chris Redd — enters the fray and says he was late because he was attacked yet again. With the room of network executives rolling their eyes in disbelief, Smollett proceeds to take out a bag of clues his attacker purposefully gave him to prove any alleged naysayers wrong.

One of the funnier moments is when Smollett exclaims, “Look guys! The killer! He left me a bunch of clues”; an absurd statement that prompts a pair of network executives to remark, “What killers? You’re still alive Jussie.”

All in all, the sketch was one of the stronger pieces to air on SNL this weekend and is well worth checking out for anyone who followed the bizarre saga since it first entered the news cycle a few weeks ago. Incidentally, SNL wasn’t the only time this weekend where Smollett found himself in comedic crosshairs. At the NAACP Image Awards on Saturday, Chris Rock threw a few verbal jabs in Smollett’s direction, video of which can be viewed here.

And lastly, on the off-chance you missed it, prosecutors in Chicago last week dropped all of the charges initially filed against Smollett for filing falsified police reports. Naturally, the abrupt 180 from Chicago prosecutors has generated no shortage of outrage.